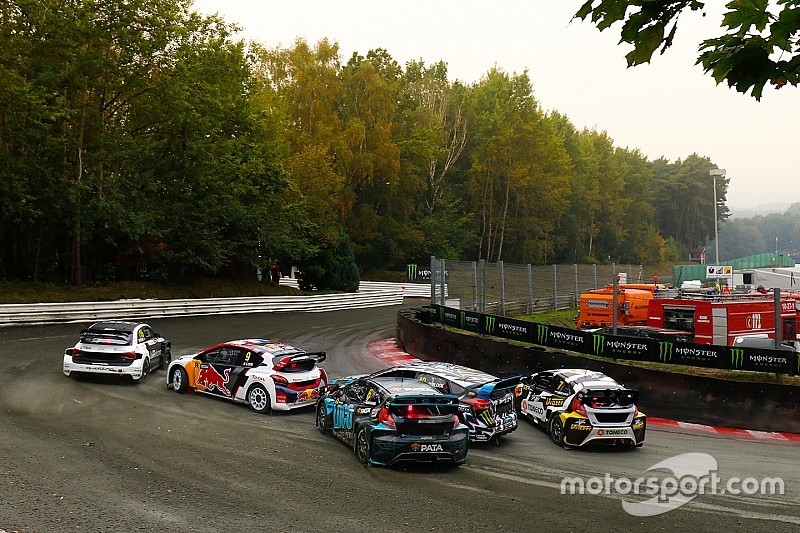 Nine manufacturers are in talks with the World Rallycross Championship about future electric rules and the series could accelerate its plans in that area.

The format of rallycross has long been considered ideal for electric motorsport, and the world championship has been working towards introducing a separate category for electric cars by 2020 at the earliest.

Current World RX manufacturers Peugeot and Volkswagen have made clear they want to use electric cars in the series, and promoter Paul Bellamy said an electric rules package was now World RX's priority.

"This is at the top of our agenda," Bellamy told Motorsport.com. "We are in regular dialogue with the FIA about the regulations and what form electric WRX would take.

"One of the major areas we are working on is keeping this championship affordable and not just affordable for the manufacturers, but the privateers as well.

"We are talking to nine manufacturers about this – including the incumbents Volkswagen, Peugeot and Audi – and they want this for 2020."

Peugeot recently canned its Dakar Rally programme and said it was increasing its rallycross resources so it was more competitive in the series by the time it went electric.

VW dominated World RX in 2017 with Petter Solberg's PSRX team. It has made clear rallycross is the most likely destination for its next major factory motorsport programme, and that its electric 2018 Pikes Peak effort is a step in that direction.

Bellamy had previously suggested that 2020 was the absolute earliest rallycross could go electric, but said the series could hit that deadline if needed given the manufacturers' enthusiasm.

"That’s feasible," he said of a 2020 switch, "but we have to work to get the regulations absolutely right and then get them delivered as quickly as possible. This is a very exciting space right now."