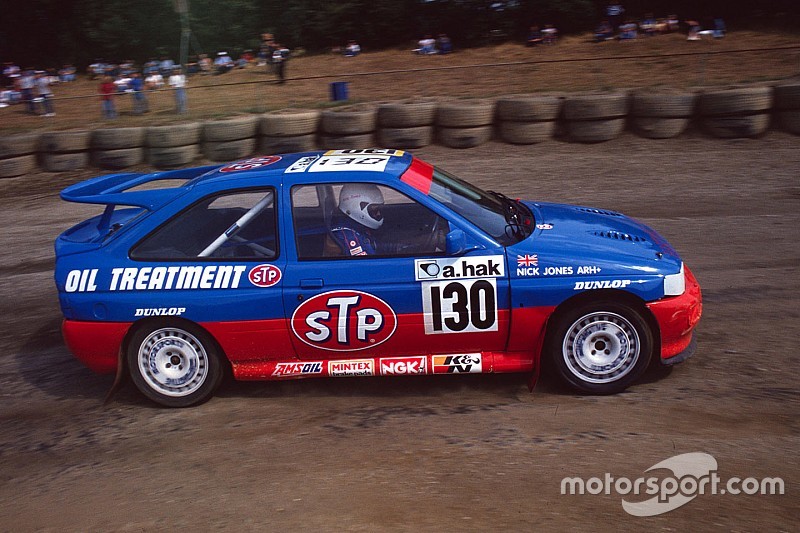 Two-time British Rallycross Group N Champion Nick Jones will make his FIA World Rallycross Championship debut at the final round of the series in Argentina next week, driving a JRM Racing Mini RX in Rosario.

Jones won his home round of the FIA European Rallycross Championship in 1994 driving a Ford Escort Cosworth – the last British driver to stand on the top step of the podium at his home round. For the last two years, Jones has worked the JRM team as a technician.

JRM’s Mini has been driven by Liam Doran, Guy Wilks and Geurlain Chicherit this season, in a year of developing a two-litre engine in the car.

“I must say a huge thanks to JRM for giving me this opportunity, to compete in a Supercar in a World Championship event is what dreams are made of really,” Jones told Motorsport.com.

“My last rallycross race was in 2000, but hopefully I can get into it quickly in Argentina. If I can set comparable lap times to where Guerlain has been against the others, I’ll be happy with that.”

JRM’s best result of the year was at Hockenheim in Germany, where Doran made it into the final. In a recent appearance in Latvia, Wilks also set top-six times in the car.

Jones has a wealth of experience working for top-flight rally and rallycross teams, having been part of Suzuki’s JWRC programme among others, where he also conducted shake downs with the Japanese firm’s title-winning cars.

He achieved strong results in his most recent competitive appearance, when he contested two rounds of the British Rallycross Championship in 2000 driving a Vauxhall Tigra, but isn’t underestimating the uphill task he faces in Argentina.

“There are 14 or so drivers that can win a round of the World Championship, and names like Solberg, Loeb and Ekstrom are obviously huge in motorsport, so the challenge isn’t to be underestimated.

"The Mini is a really good car, every driver who has been in it says how good the chassis is, and we’ve made some good steps forward with the engine since the middle of the year too.

"My goal for Argentina is to do the job JRM ask me to do, this is an amazing opportunity. The closer we get to the event, the more it starts to sink in that it’s real.”

Elsewhere, Latvian Reinis Nitiss will deputise for the absent Niclas Gronholm in the OlsbergsMSE team in Rosario.

Gronholm is skipping the final round to focus on 2017, while retiring DTM driver Timo Scheider will make his third start of the season for the Munnich Motorsport team.

The event will mark Argentina’s last World RX appearance for the foreseeable future, the final round of the championship will be held at a new circuit in South Africa next year.

Niclas Gronholm set for return to World Rallycross in 2017