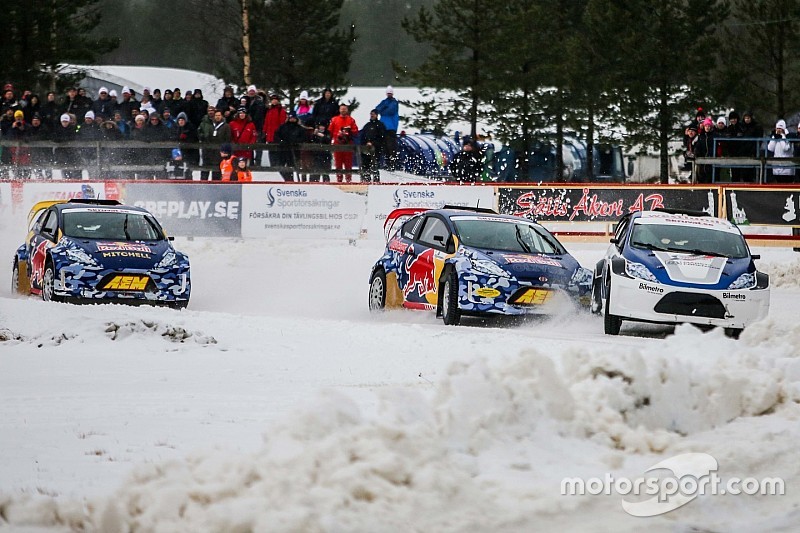 The winter series will be held across four rounds in Norway and Sweden, and includes the Swedish host of the World Rallycross Championship, Holjes, for round two.

The Team Penske pair will each make a single-event appearance in the third and four rounds, Newgarden racing the single-make Supercar Lites machine (the same as used in the World Rallycross RX2 support-category) at Al, before Castroneves competes in the season finale at Gol.

"I’ve been able to see some videos and pictures and it looks like a lot of fun, but also quite challenging. It will help to bring out our pure driving skills, for sure. I look forward to the challenge and hope I can represent Team Penske and IndyCar well.”

Castroneves is equally excited to try rallycross competition for the first time. “When the opportunity was presented to me to race a rallycross car on ice, I jumped at it,” he said.

“I’ve never raced a rallycross car like this and I’ve never raced on ice, so it will be a learning experience for me. It blows me away to think about racing a car with spikes in the tyres.

"I’m looking forward to just taking it all in and going out there and doing the best I can. I can honestly say this will help me to complete my motorsport resume one day.”

A total of 23 drivers have already been announced for the series, including World RX event winners Robin Larsson and Kevin Eriksson, and RX2 Champion Cyril Raymond, who is targeting a World RX Supercar drive in 2018.