GCK Motorsport will revive the iconic Lancia Delta Integrale by developing an all-electric version to compete in the revamped World Rallycross Championship next year.

Plans to design and construct a new take on the famous Delta Integrale coincide with the confirmation that French squad GCK will return to the championship after sitting out this year to focus on developing the new Delta Evo-e. The Guerlain Chicherit-owned team had been ever present in the championship since 2017.

In its pomp, the Delta Integrale became one of the most famous and successful cars in the World Rally Championship, claiming eight titles between 1988 and 1992 – five manufacturers' titles and three drivers' trophies, split between Juha Kankkunen and Miki Biasion.

The WRX will operate under new regulations next year with all cars set to run under electric power thanks to a four-wheel-drive, twin-motor RX1e kit electric powertrain kit developed by Austrian firm Kreisel Electric. This will develop 500kW of power equivalent of 680 horsepower.

"I'm super excited for GCK to be returning to the FIA World Rallycross Championship under its new electric banner," said Chicherit.

"The race format lends itself perfectly to delivering one of the most thrilling sporting spectacles with electric cars so far, and we chose the Lancia Delta Integrale because it is a vehicle that made us all dream.

"It is the rally car par excellence – without doubt the most incredible of its era – and one that remains hugely popular to this day. 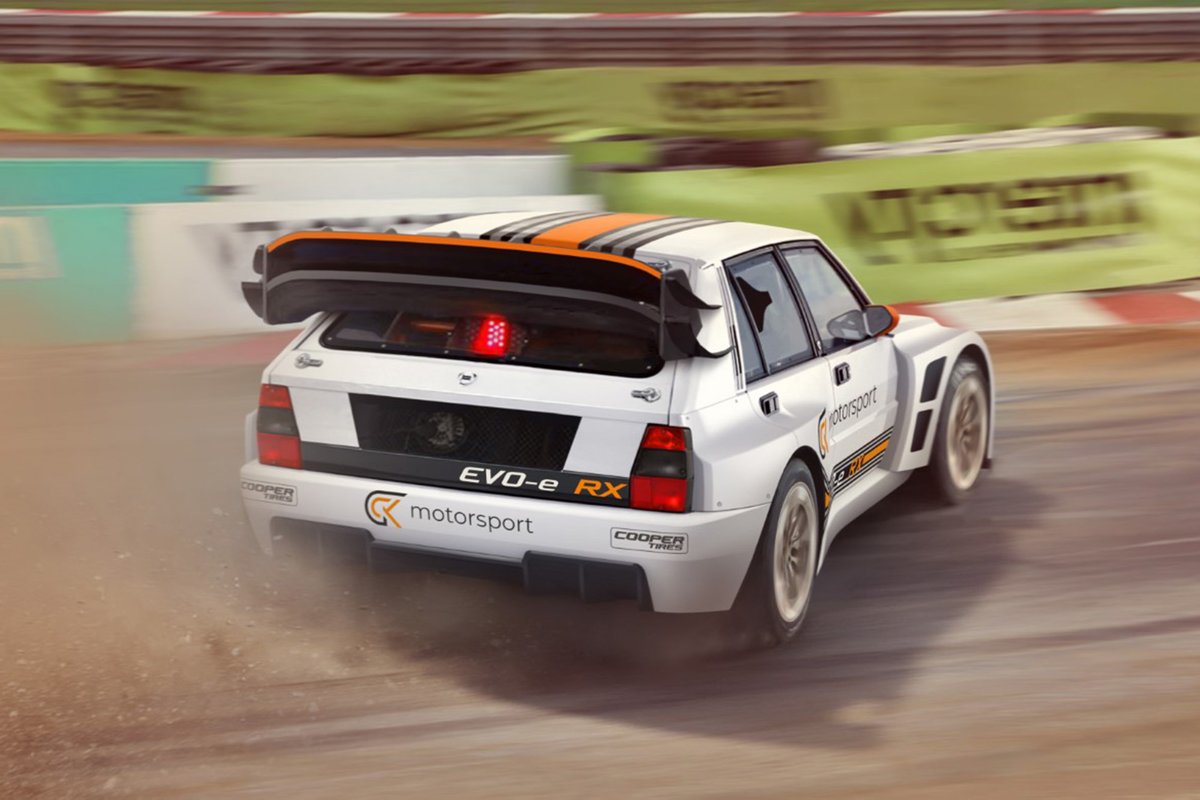 "It'll be a busy year for GCK Motorsport, and the whole team is looking forward to taking on this challenge. Motorsport is going through a significant change at the moment, with the impact felt across all industries.

"Playing our part in developing some of this change is what keeps us all motivated every day."

The championship's executive director Anne Dirks added: "As a man with his finger firmly on the pulse, Guerlain understands the way the world is going and that in order to advance, you need to adapt, and his future-thinking approach is complemented by a genuine retro passion – as evidenced by GCK's choice of car for 2022, which is a real masterstroke.

"Having grown up seeing the epic Lancia Delta Integrale conquering rally stages all over the world, I personally cannot wait to witness the Delta Evo-e in action in World Rallycross next season."

Germany's Nurburgring will host the conclusion of the 2021 World Rallycross Championship this weekend.