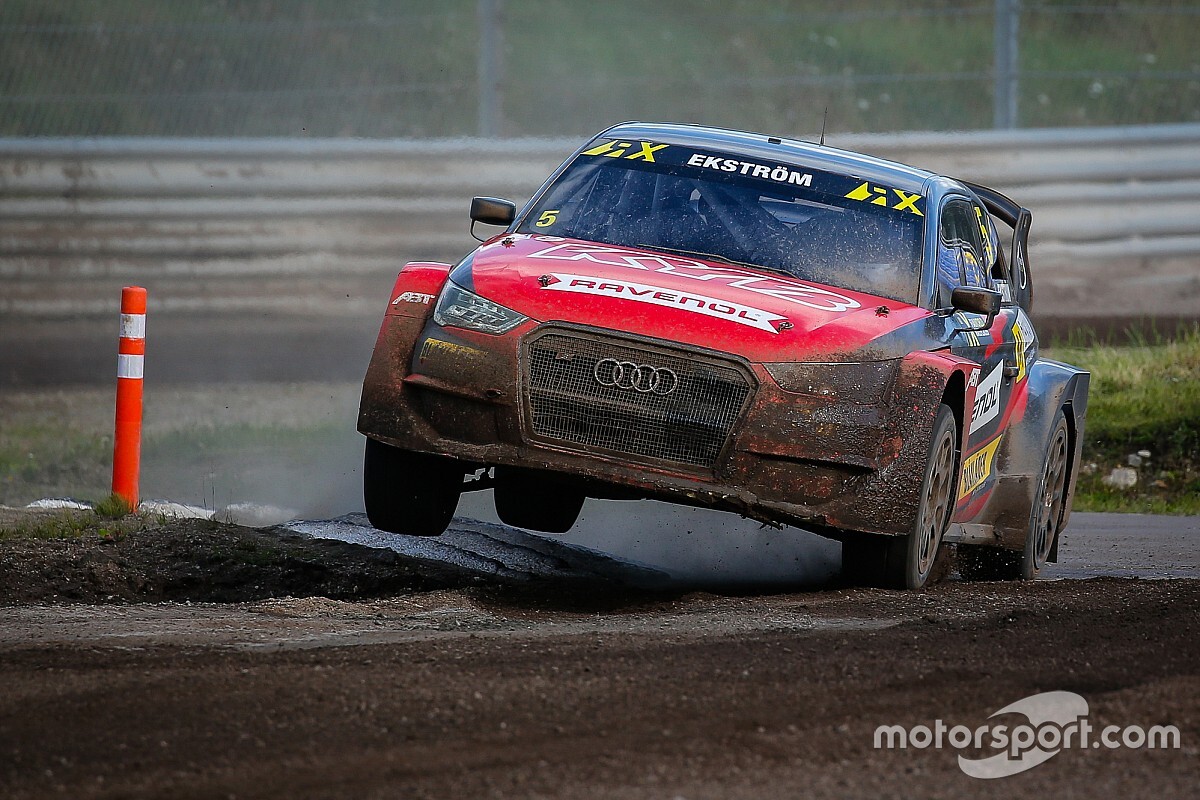 Former World Rallycross Champion Mattias Ekstrom will remain with KYB Team JC for the second double-header of the series in Finland this weekend.

The double DTM champion made a shock return to World RX for the opening two rounds of the season at Holjes, Sweden last weekend, having retired from driving full-time in the series at the end of 2018.

He made a single-appearance in an older-specification Audi S1 at Spa last year, but drove a latest-spec car for the JC Raceteknik-run KYB squad at Holjes, taking the place of a cash-strapped Janis Baumanis in the team.

Despite limited pre-event preparation, Ekstrom was immediately on the pace and finished second to Johan Kristoffersson in round one, before winning the second round in a straight fight with Kristoffersson on Sunday.

The Swede has admitted that a full-time campaign is unlikely in the rescheduled World RX season, due to clashing commitments, but he will continue partner Robin Larsson in the Joel Christoffersson-run team for the sport’s return to the Kouvola circuit this weekend.

“It’s exciting to drive with KYB Team JC again in Finland,” said Ekstrom. “I've never been there and raced before, so I do not know what to expect from the track. But, I look forward to another fantastic weekend with the team and go there with the same attitude as to Holjes - to do my best together with a good team."

Ekstrom is currently second to Kristoffersson in the standings, but neither driver has competed at the Kouvola venue previously.

The EKS-built Audis have raced at the venue in World RX before however, Pontus Tidemand and Markus Winkelhock driving for the team in its maiden campaign in 2014.

“The idea from the beginning was that Mattias' entry would only be a one-off for Holjes, but now we have the opportunity to continue the cooperation in Finland too,” said team principal Christoffersson.

“Mattias is very important in KYB Team JC, so getting him to race in the next two rounds feels really nice, both for Robin's sake and the whole team.”

Hungaroring in frame for World Rallycross round