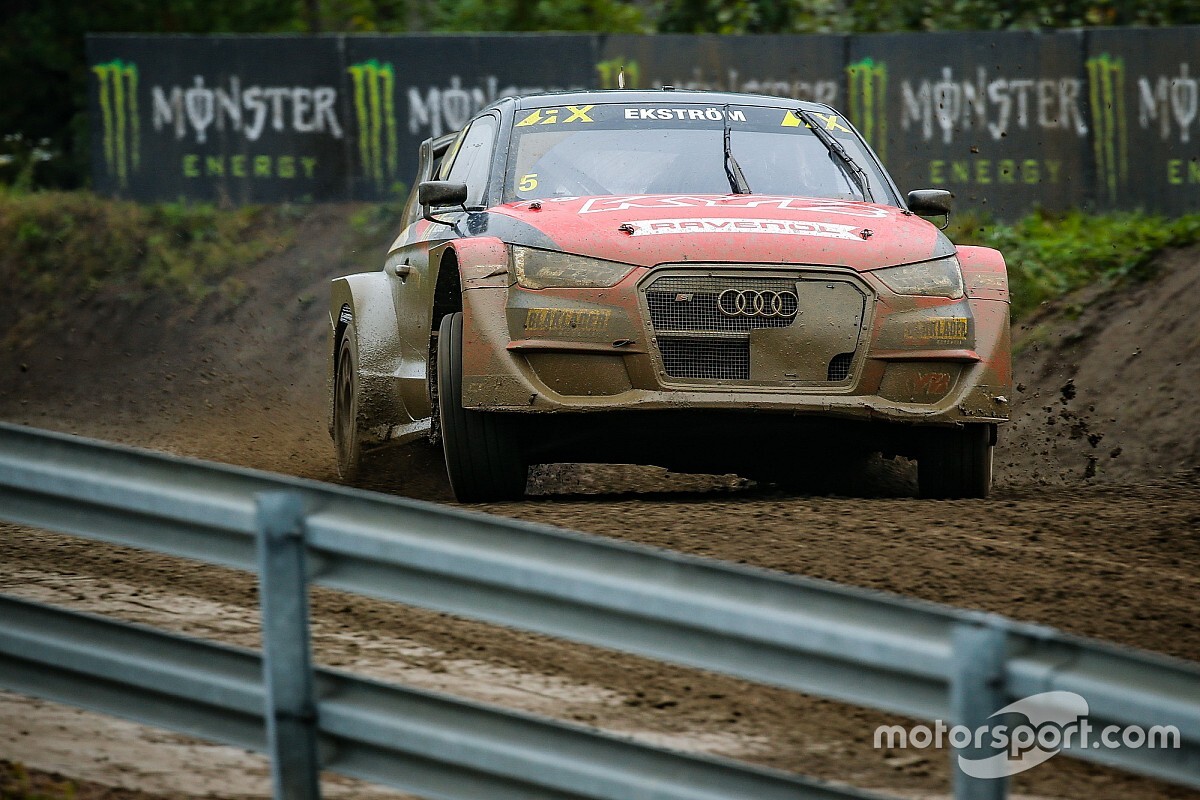 Former World Rallycross Champion Mattias Ekstrom will continue his campaign in the 2020 series with the KYB Team JC squad this weekend, at the Latvian double-header in Riga.

Ekstrom was announced on Monday as the male driver for Cupra’s new Extreme E programme for 2021, in a collaboration with German team ABT, but having contested the opening two weekends of the World RX series, the double DTM champion has been given permission by his employer to race in the fifth and sixth rounds in Riga.

Racing one of the Audi S1s built and developed by his own EKS squad, and now operated by the JC Raceteknik team’s world championship effort, Swedish driver Ekstrom made a stunning comeback to the series in the opening weekend at Holjes and beat pre-season favourite Johan Kristoffersson in a straight fight in round two of World RX’s first double-header.

While Kristoffersson leads the Drivers’ championship with a pair of wins under his belt, three podiums have put Ekstrom in title-contention, currently 17-points behind his compatriot.

Ekstrom hadn’t intended to race in World RX this season, having stepped down from full-time rallycross driving at the end of 2018, but the opportunity to join Robin Larsson in the JC squad for the opening two weekends of the season arose when Janis Baumanis, who had entered World RX as a permanent driver with the team, ran into Coronavirus-related budget issues.

“It’s been a pretty cool week for me, with the launch of the Extreme E programme with Cupra for 2021,” said Ekstrom.

“That’s really exciting, and big thanks to ABT and Cupra for allowing me to go to Riga for the next World RX races.

"The first four races turned out pretty fine with three podiums, so being second in the championship and to be leading the Teams’ Championship, I’m in a situation I didn’t expect.

"I felt a bit obliged to do my very best to go to Riga, I want to continue supporting the JC team as much as I can.”

“We are very happy to have Mattias back in the team,” said Christoffersson.

“I didn’t know if it would be possible for him to come to Latvia, but I’m thankful to Cupra for letting us have him in the team for the event.

"It’s great that we can continue with the same team setup that we have had so far this year, because we were very successful in the first two weekends of the season.

"I’m looking forward to continuing the fight for the Teams’ Championship but obviously we are second in the Drivers’ Championship too and we are not giving up that fight in trying to do our best to close the gap up to Johan [Kristoffersson].”

Baumanis meanwhile, will return to a World RX event this weekend for his home round, racing a STARD-built Ford Fiesta in the new Projekt E electric category.