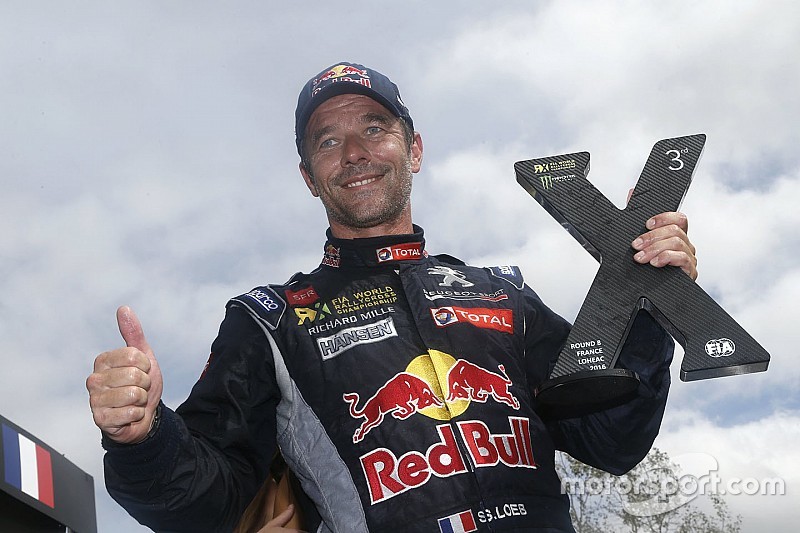 Rally legend Sebastien Loeb will return to the World Rallycross Championship for a second term this season as part of a three-car line-up in the Peugeot-Hansen squad.

Loeb will be again joined by Swedish driver Timmy Hansen in a pair of new 2017-specification Peugeot 208 WRX Supercars.

Hansen’s younger brother Kevin, who won the European Rallycross Championship last season, will also graduate to World RX full time in a 2016 version of the car as an individual entrant.

In his first full rallycross season, Loeb won the Latvian round of World RX last year and is aiming to challenge for both the drivers’ and teams’ championships in 2017.

“I believe I learnt a great deal in the course of my first full rallycross season,” he said. I’ve obviously set my sights higher this time round and I hope the 2017 version of the 208 WRX will enable us to challenge for victory.

"Given the stiffer competition we face; it won’t be easy but I am determined to add to my record in this discipline.”

“We know we can count on the services of two battle-hardened drivers since Sebastien Loeb, who will once again be teaming up with Timmy Hansen, now has a complete season’s experience under his belt,” said Peugeot Sport Director, Bruno Famin.

“That said, we know very well that the level of the World Rallycross Championship is improving all the time. It’s going to be a quality season.”

Peugeot Sport remains responsible for the development of the 208 Supercars in Velizy near Paris, while Kenneth Hansen’s Sweden-based team will continue to run them on events.

“The engineers did a great job over the winter and the 208 WRX has taken a big step forward,” said Timmy Hansen.

“My aim when action begins in earnest will be to find a good rhythm and adapt the car to my driving style. In my experience, that is what you need to do if you want to be up there fighting for victory. I hope that you will often see us on the top step of the podium.”

“I would like to find the feeling I had last year behind the wheel of the 208 WRX and then build on that. I will do my very best and try to eke out a place amongst the sport’s elite.”