The KYB EKS JC Audi driver came into the final round at the Nurburgring 17 points adrift of fellow Swede Hansen, but cut his deficit down to four points after Saturday's running.

Topping qualifying, Kristoffersson knocked a further point out of Hansen's lead, with both winning semi-final heats. However, Hansen was penalised seven seconds after making contact with Niclas Gronholm and was sent to the back of the grid for the final.

Kristoffersson's deficit was now just one point coming into the final, with the pair taking their joker laps on the first lap as Kevin Hansen led early on in his Hansen World RX Team Peugeot 208.

Kevin Hansen tried to back Kristoffersson into Timmy Hansen's clutches, but Kristoffersson held onto third to seal the championship tied on points with the latter Hansen - the KYB EKS JC Audi driver's greater win count this season balancing the scales in his favour. 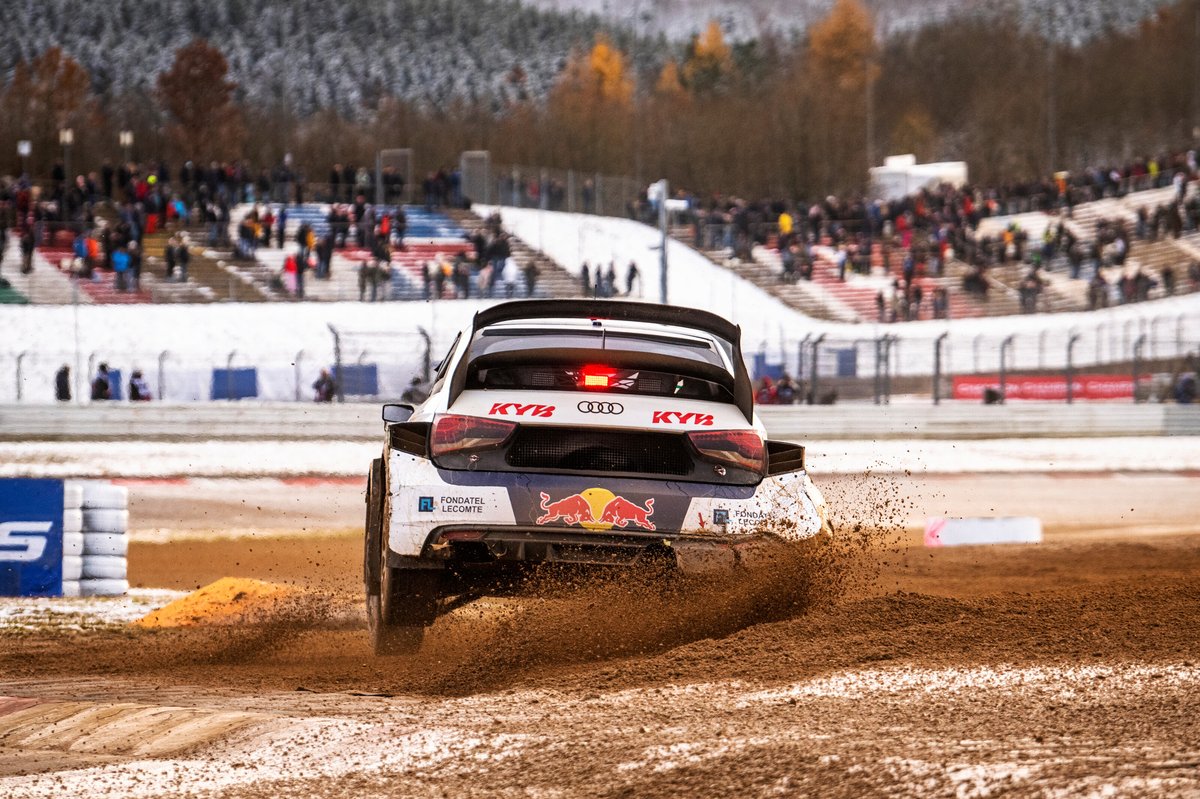 "What an absolutely unbelievable weekend – just crazy," Kristoffersson said following his title win. "We had a tough start to 2021, and from coming here 17 points behind, to then finish on equal points, it will take some time for this to all sink in, to be honest.

"To win the championship after starting out with a new team and in a new car this year is just fantastic. It means a lot. We were chasing our tail a little bit early in the season, and it’s been a real comeback since Riga.

"Everybody in this sport works so hard, and that sweet feeling of winning is what it’s all about. When I went back to the team awning after not being able to start the final in France, everybody was in tears. Today, I hope they’re all in tears again – only for a far happier reason."

Victory in the Nurburgring final went the way of Niclas Gronholm.