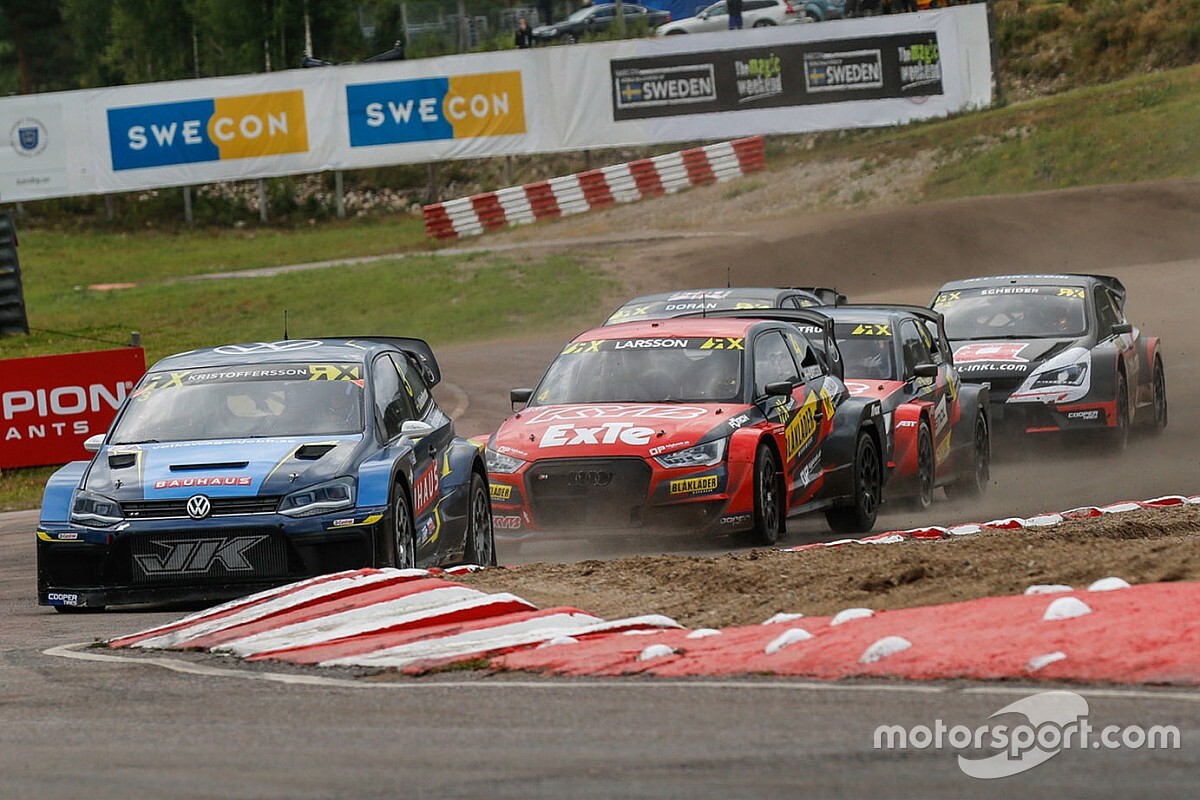 Double World Rallycross Champion Johan Kristoffersson made a winning return to the series after a year away, claiming the spoils in the first round of the campaign at his home circuit.

Kristoffersson dominated a rain-hit final in the delayed season-opener at Holjes, driving a works-built Volkswagen Polo run by his family’s Kristoffersson Motorsport concern.

Heavy rain fell just moments before the final, the entire grid switching to wet tyres, but it was pole sitter Kristoffersson who made the best start in the run to turn one, breaking free from the battle for track position behind.

Having made it to the front, overcoming the rubbered-in slippery front row of the grid, Kristoffersson, well known as a wet-weather specialist, led proceedings from the front, chased throughout by another returning former World RX title-winner, Mattias Ekstrom.

Double DTM champion Ekstrom was the only driver other than Kristoffersson to set a fastest time through the three qualifiers in the single-day season opener. He won his semi-final to join Kristoffersson on the front row, just days after announcing that he would make a shock return, driving for the KYB Team JC squad that runs ex-EKS Audi S1s.

Ekstrom also broke free of the turn one contact, and was untroubled on his way to second, taking his compulsory joker on the third tour to cover off a fast-starting Anton Marklund behind, who finished third.

Fast all day, Marklund initially missed out on the final after a battle with Ekstrom’s teammate Robin Larsson in the semis, but a three-second penalty for Larsson reversed the positions, and Marklund joined the final grid on the third row. He made a fast start, but was forced wide in turn one, before diving back across the circuit towards the joker entry, pitching reigning champion Timmy Hansen into a spin.

While Hansen retired from the race on lap four, Timo Scheider finished fourth, and Niclas Gronholm, who stalled on the grid, was fifth.

Marklund’s GCK Renault Megane stablemates, Andreas Bakkerud and Liam Doran, driving for the RX Cartel team, had a torrid day. Bakkerud was fastest in mixed conditions during free practice, but had a number of problems through the qualifiers and was 13th, outside the semi-final positions.

Doran made it to the end of his Q1 race, but with a broken propshaft causing significant damage to his car, he was forced out of the event.