In the original seven-round calendar for the 2022 WRX season revealed last December, Holjes in Sweden was listed as the opening round on 2-3 July with a TBC date against a planned season finale in Cape Town, South Africa.

A further update was issued in March, with Holjes becoming an official launch event headlined by the Euro RX1 series for combustion-powered supercars.

The calendar was changed again following a meeting of the World Motor Sport Council last month, which cited "the long lead time for the delivery of certain components to assemble the cars" as the reason for delaying the first round to the 30-31 July Nurburgring weekend.

The Cape Town season finale was also replaced by the Circuit de Catalunya in Barcelona on 29-30 October to maintain the total number of events at six.

But on Thursday, Rallycross Promoter GmbH revealed that the Nurburgring round has also come too early for the new breed of 500kW RX1e machines utilising twin-motor powertrains built by Kreisel Electric, as the championship will instead begin in Hell next month. 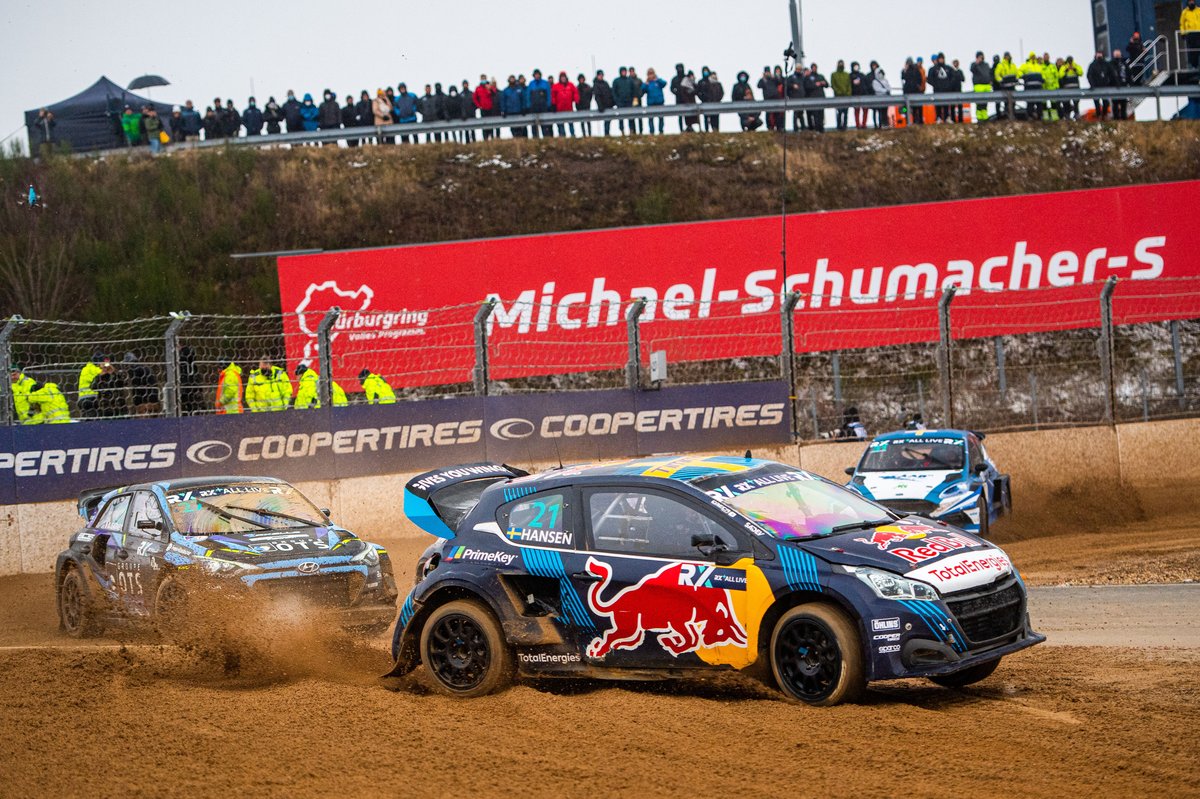 The Nurburgring round will instead become the season finale on 12-13 November with a double-header round, following double-headers at Riga (Latvia), Montalegre (Portugal), Spa (Belgium) and Barcelona.

The Nurburgring staged a dramatic championship finale on its first inclusion on the calendar last year, when Johan Kristoffersson overturned a 17-point deficit to Timmy Hansen to secure his fourth world title on a tie-breaker.

A statement from the organising body said: "Teams have been working tirelessly behind-the-scenes in advance of the electric switch, but global events over the past couple of years have caused supply chain issues leading to unforeseen delays in car builds.

"In order to launch this new generation of rallycross beasts in fitting fashion, the decision has consequently been taken to grant teams two further weeks to perfect their preparations."

Rallycross Promoter boss Arne Dirks said: “We are taking a major step this year and have no doubt that electric technology will elevate World RX to the next level, but such a significant evolution takes time and nobody has been immune to the global challenges of the past two years.

“Together with the teams, we are committed to presenting the new cars to fans in the best way possible, and we are confident the extra two weeks’ preparation time will enable everybody to do that.

“We look forward to returning to Catalunya in October and ending the season in style at the Nurburgring, but first, our focus is on Hell – and to getting World RX’s new era underway with a truly electrifying event!”

Kristoffersson has committed to defending his title in a Kristoffersson Motorsport-run Volkswagen, one of six teams that has lodged entries for 2022.