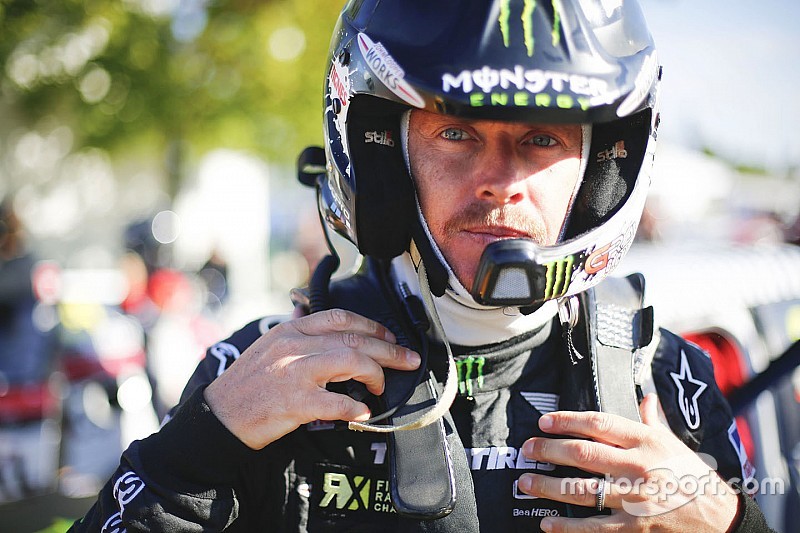 The JRM World RX team has confirmed that Frenchman Guerlain Chicherit will race one of the squad’s Mini RX Supercars in the next three rounds of the FIA World Rallycross Championship.

The former Junior World Rally Championship driver and Dakar rally competitor made two appearances with the team in World RX last season at France and Italy and will race at the first of his three 2016 rounds at Loheac next month, before traveling to Barcelona and Germany.

The 37-year-old finished 29th at Loheac and 19th at Franciacorta last season, and is looking forward to returning to World RX competition, now that the JRM Racing Mini is running a two-litre engine, rather than the 1.6-litre unit it ran last season at the start of this year.

“We've been exploring many options since Loheac last year and initially spoke about doing the full FIA European Rallycross Championship in 2016,” he said.

“However, I decided to wait until the new engine was developed for JRM’s two cars. I hope to play my part in developing the car further so I can do a full season next year.

“The level of competition has increased again from 12 months ago with new teams and star drivers, so my expectations remain quite realistic: to enjoy my racing and the crazy atmosphere.

I’ve still so much to learn in World RX but it's super exciting to be part of the show and to race alongside some pretty impressive names in motorsport."

The British squad released regular Liam Doran from his full-time contract with the team before the previous round in Canada last weekend, but has indicated that Chicherit had already planned to race with the team in the latter part of 2016, and is not a replacement for the seat left by Doran.

"He impressed everyone in the team with his professional approach and the way he adjusted to driving door handle-to-door handle on a crowded track – particularly on his debut at his home event."

“He’ll need to adjust to driving our two-litre development engine when he returns to the track in a few weeks but I’m sure he’ll be up to speed in no time.”