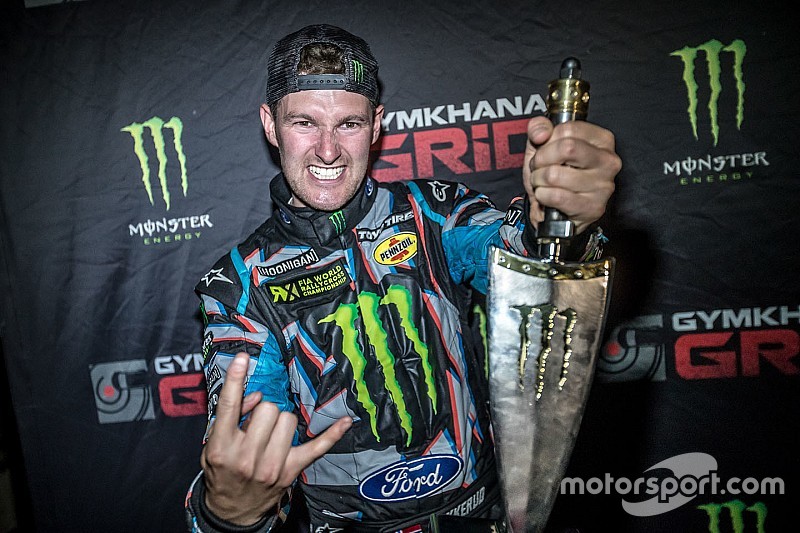 Bakkerud, 26, was left without a drive when Ken Block’s Ford-backed Hoonigan Racing Division squad withdrew from the series at the end of 2017.

But now he has signed for Ekstrom’s Audi-backed team, following the announcement that Audi will continue to support Ekstrom’s team on Monday - when Ekstrom announced the end of his DTM career.

Bakkerud has won six World RX events in the last four years. He will race one of two new Audi S1 RX quattro Supercars built in conjunction with Audi, as the EKS squad targets the teams and drivers titles in 2018.

“It’s a great honour for me to be driving in Mattias’ team,” said Bakkerud. “We’ve had good rapport with each other for many years and I’ve been closely following the development of EKS. Together with the team I’d now like to make the next step in my career and be in contention for the title.”

He revealed on his YouTube channel before the Audi announcement that he had been speaking with Ekstrom since August 2013, and that Ekstrom had tried to sign him for the start of his EKS squad’s fledgling World RX programme in 2014.

“I don’t even know what to say, I’m very, very excited to share this secret,” continued Bakkerud. “I’ve kept it from everyone and it’s been really tough. It’s a pro contract and in motorsport that doesn’t come very often. I’m basically now living the dream which I’ve had since I was a little kid.”

The Norwegian told Motorsport.com before Christmas that his focus for 2018 was on securing a drive with long-term prospects, including the move into electric rallycross when it becomes part of the World Championship structure from as early as 2020.

“We gathered very positive experiences in the World RX last year and are convinced of the series’ growth potential,” he said. “In the medium run, we hope to see electric cars being fielded in this racing series because electrification is a focus topic at Audi also in motorsport.”

Ekstrom’s squad won both the drivers and teams titles in 2016, and while Ekstrom finished as runner-up to Johan Kristoffersson in the drivers’ standings last year and EKS was third in the teams’ points.

“With support from Audi we’re able to go for all-out attack,” said Ekstrom. “Our aim for 2018 is clear: We’re battling for the drivers’ and teams’ world championship titles.

"It was clear [last year] that we needed to make some changes. That’s why we’re preparing two new cars and putting the competition from Volkswagen and Peugeot in their place.”