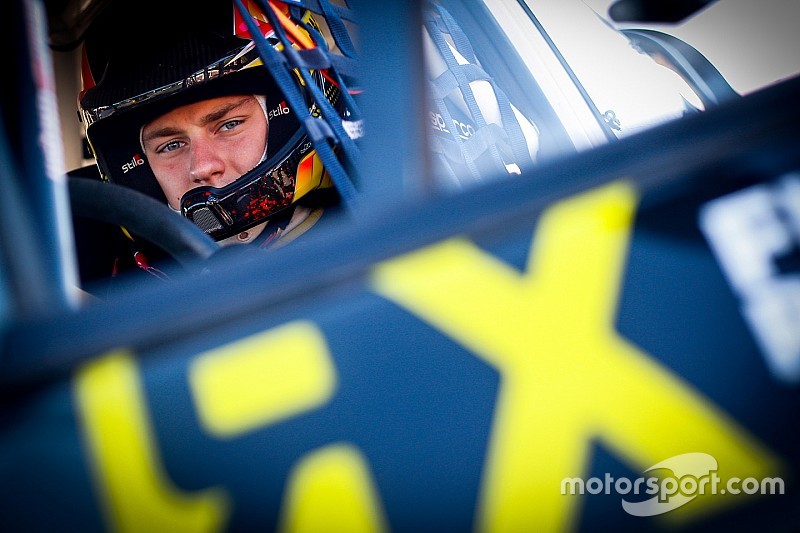 Nitiss became the youngest ever World RX event winner when claimed victory at the third ever round of the World Rallycross Championship at Norway in 2014, and will race as an individual entrant in the series this season.

Double DTM champion Ekstrom’s EKS team won both the Drivers’ and Teams’ titles last season in its third year of World RX, and secured works Audi support over the winter for the defence of its title.

The Swedish team will run three cars in all 12 World RX rounds this year. “Together with Audi Sport we worked hard to enter three cars in the championship and I’m very happy that it worked out,” said Ekstrom.

“In Reinis, we have another strong driver. Although he’s only 21-years-old, he has gathered a lot of experience in rallycross.”

Nitiss dominated the European Rallycross Super1600 Championship in 2013 before graduating to Supercar, where he drove a Ford Fiesta Supercar for two years for the OlsbergsMSE team and scored seven podiums, including victory at only his third Supercar event in Norway.

He signed to race a Seat Ibiza for the Munnich Motorsport team last season and scored a best result of fifth in France before splitting with the squad.

“Switching to the world champion’s team is the dream of any racer,” said Nitiss. “It’s a unique opportunity and I’m exceptionally happy that Audi and EKS are placing their trust in me.”