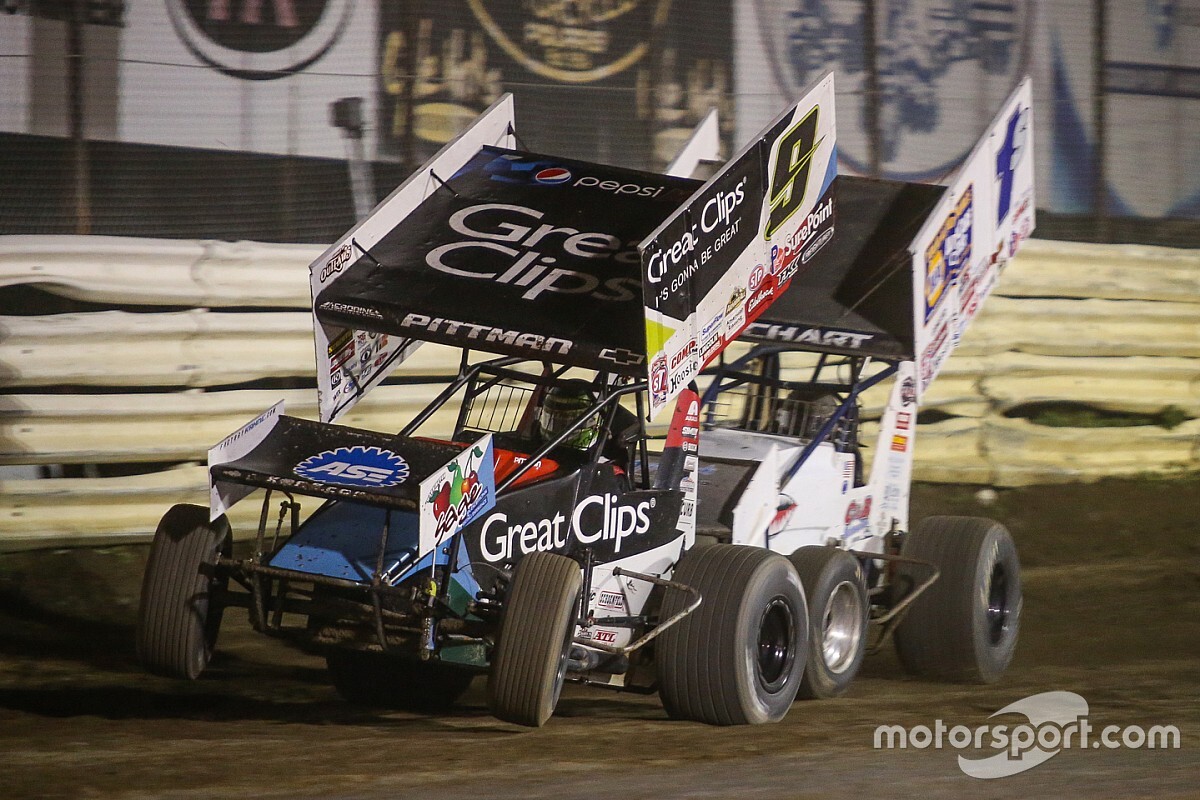 The World of Outlaws says it will be “ramping up” its COVID-19 protocols following an outbreak of the novel coronavirus among drivers and team members.

The sprint car series sanctioning body released a statement Thursday in which it said “several drivers and crew members have tested positive for COVID-19” since the completion of last weekend’s The One and Only event at Knoxville (Iowa) Raceway.

At least three drivers – Daryn Pittman, Tori Knutson and Paul McMahan – have publicly announced in the last 24 hours that they have tested positive since the weekend’s races.

Two teams – Kraig Kinser Racing and Roth Motorsports – both announced members of their organizations had tested positive and both will not compete this weekend. Knoxville Raceway also confirmed one of its employees has tested positive.

The World of Outlaws said all affected parties will quarantine until cleared for racing. Platinum drivers (those that run for season-long points) who are unable to race due to a COVID-19-related quarantine will receive points based on their average finish for the season until they are able to rejoin the field.

The first sign of trouble at Knoxville came following Saturday night’s race when Pittman notified series officials he was experiencing possible COVID-19 symptoms. He was told to get tested as soon as possible, which he did.

On Tuesday, series officials reached out to all drivers informing them of several positive test results and those who had come into close contact with those infected were advised to get tested.

A WoO spokesperson said following that notification, “several other participants and family members have tested positive.”

“The World of Outlaws will continue to follow the CDC COVID-19 Guidelines, ramping up some of the initial precautions from earlier in the season: temperature screening and questionnaires, social distancing and masks, and as an added precaution, the Pit Area at upcoming World of Outlaws events will remain closed to fans after racing until further notice,” the WoO statement said.

WoO officials said the track and sanctioning body was working with Marion County (Iowa) Health and Emergency Management and would be following up on Friday morning.

Fans were allowed at the races last weekend and also took part in autograph sessions. An example of one was posted on social media: