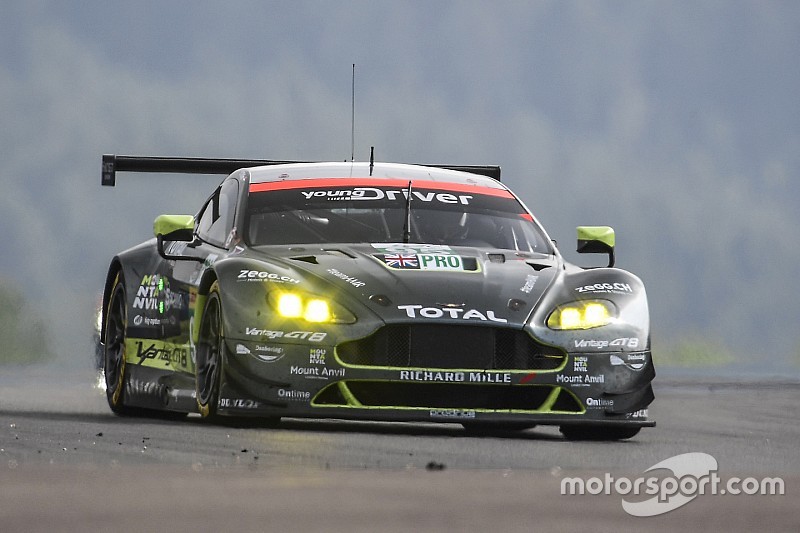 Debut for Young Driver AMR and FIA WEC in Mexico

Mexico City, Mexico - It’s back to school for Young Driver AMR, Marco Sørensen and Nicki Thiim in the FIA World Endurance Championship. After a brief summer break, the FIA WEC starts into the second half of the season, which starts in Mexico and finally ends in Bahrain after stops in the United States, Japan and China.

The FIA WEC visits Mexico for the first time and for the debut race of Young Driver AMR in Central America, Marco Sørensen and Nicki Thiim will the share the Aston Martin Racing entered #95 Young Driver AMR-Aston Martin Vantage in the fifth round of the World Championship.

" We saw a tight and very exciting race at the Nürburgring and I hope it will be the same again in Mexico. The track is new to everybody and the high altitude makes this track very interesting. While our Aston Martin V8 engine is naturally aspirated, some of our competitors use turbo charged engines. With the track some 2300 metres above sea level, this can make a difference and I hope both concepts will be evenly matched. We are well prepared and our two drivers come straight from their summer vacation to Mexico, so we are really looking forward for the second part of the season.”

After four of nice rounds, Sørensen/Thiim are third in the driver’s championship, five points behind the leaders thanks to three top five finishes in the last four races. Young Driver AMR is equally third in the FIA Endurance Trophy for GTE Pro teams.