After the tragic death of Allan Simonsen at the 24 Hours of Le Mans, Young Driver AMR had a difficult decision. The team will continue racing in in the "memory of Allan.”

Young Driver AMR has decided to continue its joints assault with Aston Martin Racing in the FIA World Endurance Championship in memory of Allan Simonsen, who felt victim of tragic accident during the 24 hours of Le Mans.

"It was not easy to decide if we should stop or continue our 2013 FIA WEC project after Le Mans”, Young Driver AMR´s Jan Struve said. “It has of course been a very emotional time for all of us, so we have spent more time together and phoned regularly to support each other and the final decision to continue in the 2013 FIA WEC was first taken recently after Kristian (Poulsen) and Christoffer (Nygaard) had a test in an Aston Martin V8 Vantage GTE in England.

“It has been a big puzzle to make this happen. On top of the emotional part, we also need a new car to continue, and I’m very thankful to the entire Aston Martin Racing crew, where people have cancelled their holiday to make it possible that we can have a new car ready for the next FIA WEC round at Sao Paulo.”

“I’m happy that we all separately came to the conclusion to continue in the 2013 FIA WEC in the memory of Allan.” 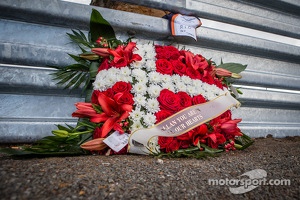 “Allan Simonsen was a pure breed racer, who usually raced every weekend and most of time on different continents from weekend to weekend. We are very sure, that he would have wanted us to continue racing, as he was a great sports man and one of the greatest lovers of motor sport.“

"It was of course very emotional to get back into the race car“, Christoffer Nygaard said. "But we didn’t want to make a decision whether to continue with our program before Kristian and I sat in the car again. The test was obviously very emotional for us. But it was important to both of us how we would feel in the car and if we felt that we are able to continue in the FIA WEC.“

Kristian Poulsen: "Allan was a racer, he would wanted us to go out there and racing. This it what we will do and we will race in his memory.“

It is not decided yet if Nygaard and Poulsen will be joined by a third driver in the #95 Young Driver AMR/Aston Martin Racing-Aston Martin V8 Vantage GTE in the remaining five rounds of the FIA WEC. The next round of the FIA WEC will take place on September 1st in Sao Paulo, Brazil.

Christoffer Nygaard will take part in the Copenhagen Historic Grand Prix (CHGP) this weekend where he will do taxi rides for a good cause in an Aston Martin on Saturday and Sunday. All proceeds from these taxi rides will go to the children’s cancer station in Copenhagen’s "Rigshospitalet“ Hospital. 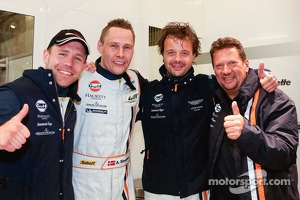