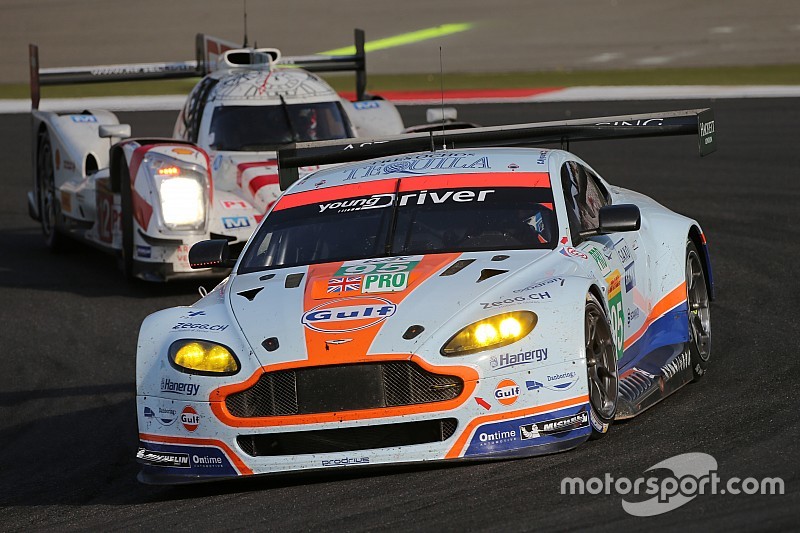 We didn’t had the pace to compete with Porsche and Ferrari at the front.

Sørensen started third on the GT grid and moved up one position in the opening hour of the race. After the first hour, he and Nygaard could not maintain this position, eventually dropped to fourth position and stayed there until the end. After six hours of trouble free racing, with slick pit work and without any incidents, Sørensen/Nygaard brought the Aston Martin to the chequered flag in fourth position and were the highest placed Aston Martin team.

"We had a clean race, made no mistakes, had a good strategy and the team did great work in the pits“, said Young Driver AMR´s Jan Struve. "But fourth place is not what we are looking for. Before the Nürburgring round, there were some changes in the performance from the cars by the organisers and even if everybody gave his best today, it was very obvious, that we couldn’t fight with the competition. But we will not give up and certainly will fight back at the next round in Texas in three weeks and hope to score a podium finish there.”

"It was a very difficult race today“, Marco Sørensen said. "We didn’t had the pace to compete with Porsche and Ferrari at the front. The car itself was good, Christoffer and myself made no mistakes, but we were racing a bit in a league of our own. But nevertheless we still drove a clean and good race and finished as highest placed Aston Martin. I hope we will be in better position at the next round in Austin in Texas.“

After the inaugural round of the FIA WEC in Germany, the series will now leave Europe and travel to the United States for round five on 19th September.