Martin Plowman along with teammates Bertrand Baguette and Ricardo Gonzalez, drove the #35 Morgan-Nissan car to a fourth-place finish in this weekend's 6 Hours of Bahrain.

Martin Plowman won the FIA Endurance Trophy for LMP2 Drivers and the LMP2 Team Championship in the World Endurance Championship on Saturday night after a grueling 6-hour race. He, along with teammates Bertrand Baguette and Ricardo Gonzalez, drove the #35 Morgan-Nissan car to a fourth-place finish in this weekend's 6 Hours of Bahrain, enough to clench the two titles. This caps off a "dream" season for Plowman, who earlier this year won the 24 Hours of Le Mans in the P2 category.

The championship was not clinched until the #35 crossed the finish line this weekend. Going into the weekend, Plowman knew the car had to finish the race to earn enough points to clinch the championship. A top-five finish would guarantee their success; and they were thrilled to watch the car cross the finish line in fourth place after a nail-biting six hours. 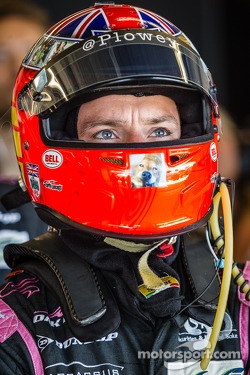 Plowman headed into the 2013 season with uncertainty, as he had not signed a contract until April. "I was convinced I was going to not have a drive this season," Plowman explained. "Teams had already set their driver line-up by April and I knew the WEC season was coming closer and closer to start." Fortunately, OAK Racing was awaiting the perfect driver combination and added Plowman to their #35 line-up with only three weeks until the start of the 2013 WEC season. He had proven himself in sports cars the previous season, driving for Conquest Racing in the American Le Mans Series, also in a Morgan-Nissan.

Immediately, Plowman showed he was a contender in the World Endurance Championship. He had consistently fast laps and was a reliable driver, a combination of skills especially important in endurance races. Plowman said, "Being an endurance driver, I have to be more of a complete driver than in open-wheel racing where you are throwing cautions to the wind the whole time. Endurance racing requires you to manage the car, tires, brakes, and fuel consumption, but at the same time set consistently fast laps. The name "endurance" makes you think slow and steady, but there's nothing slow and steady about it."

The season hit a high for Plowman when the rookie won the 24 Hours of Le Mans in the P2 category. He and the team took pause to celebrate and immediately went back to work to ensure a strong car for the championship. With five races left in the season, Plowman knew he couldn't rest on his laurels.

Throughout the season, the #35 and Plowman earned two wins and four podium finishes of eight races, which gave them the championship in both the LMP2 team category and the FIA Endurance Trophy for LMP2 Drivers.

Martin Plowman, driver: "This entire season was a dream come true. In April, I didn't think I was going to drive this year.

And now in December, I'm a Le Mans 24 Hour winner and a world champion in endurance racing. 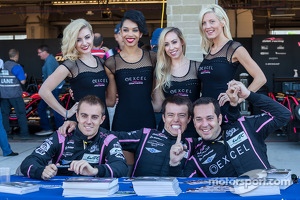 I can hardly believe it. It has certainly reaffirmed my own belief in my career and given me so many unbelievable opportunities this year.

"I was given an opportunity of a lifetime to race for OAK Racing in the World Endurance Championship and I'm just happy I could make the most of it. Many thanks to team owner Jacques Nicolet, team principal Sebastian Phillipe, and engineers Thierry Bouvet and Christophe Boittin for believing in me and working diligently to give us the winning car. I can't thank the entire OAK team enough.

"Most importantly I need to thank God for opening the right doors and for surrounding me with a family who sacrificed their personal lives for more than 15 years to help get me into professional motorsport and still travel to all of the races to support me. There have been so many crushing set backs in my career that it would have been easy to just walk away. There's only so many beat downs you can take before you start losing your own belief, but between them and my girlfriend Nicole, they helped to keep me sane and continue to believe that things will eventually work out. I was given an amazing opportunity this year and I'd like to think that I grabbed it with both hands."

Podium place for Greaves Motorsport at 6 Hours of Bahrain