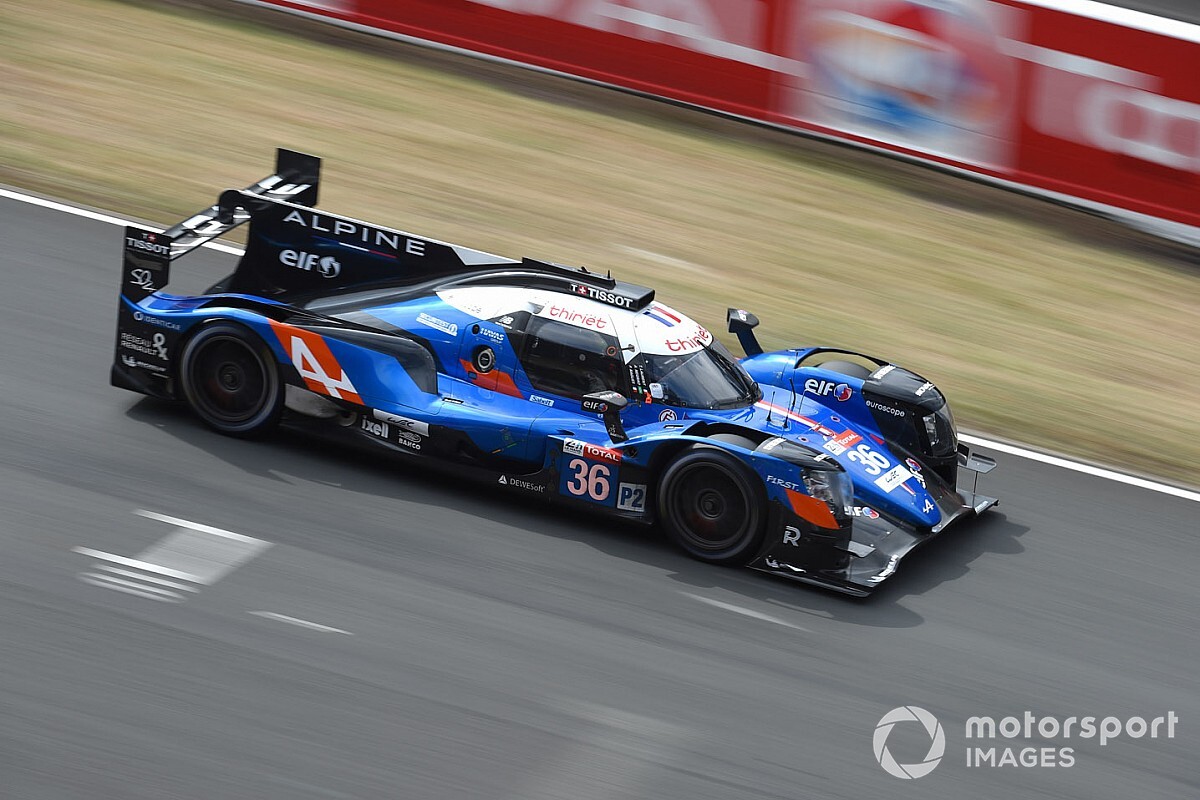 FIA World Endurance Championship line-ups in the LMP2 category will have to include two amateur drivers from next season.

A rule change was passed by the FIA World Motor Sport Council on Friday mandating that each line-up must include two silver or one bronze-rated driver from the start of the 2021 season next March.

This is a modification on existing rules for the WEC, as well as the European Le Mans Series, that demand only one amateur of either silver or bronze categorisation.

A further tweak to the regulations will mandate that each car is raced by three drivers, whereas two-driver combinations are allowed at present.

The move has been debated by WEC bosses and the teams racing in LMP2 over the past six months.

The WEC organisation argued that the move would encourage more cars into a category that attracted only eight full-season entries for the current 2019/20 season. That was a one-car increase on the seven LMP2s that took part in the 2018/19 WEC superseason, but a reduction on the nine that contested every round in 2017.

The minimum driving times have yet to be defined, according the WMSC bulletin. All drivers at present have to be at the wheel of their car for 75 minutes of a six-hour race.

The new rules will come into force at the same time as the LMP2 cars are slowed.

The one-make Gibson normally-aspirated V8 will be detuned by approximately 50bhp for 2021. This is to ensure that LMP2s are slower than the new breed of LM Hypercar which take over from LMP1s in the top category of the WEC next season.

The target race lap time for LMH machinery around the 8.47-mile Le Mans circuit is 3m30s, whereas the fastest lap in LMP2 in last month's 24 Hours was a 3m27s.

So-called 'grandfathering' of existing LMP1 machinery to race alongside LMH cars in 2021 has also been ratified. This, according to the WMSC bulletin, will involving balancing the P1s "to operate in the same performance window" as LMH cars.

So far Signatech Alpine is the only team to declare its intent to race a P1 and will field a solo example of the Gibson-powered Oreca design that has competed as the Rebellion R-13 over the past two seasons.

The six-race 2021 WEC calendar announced last month was also rubber-stamped by the WMSC. The series, which has been slimmed down from eight races, is due to kick off at Sebring in March and conclude in Bahrain in November.