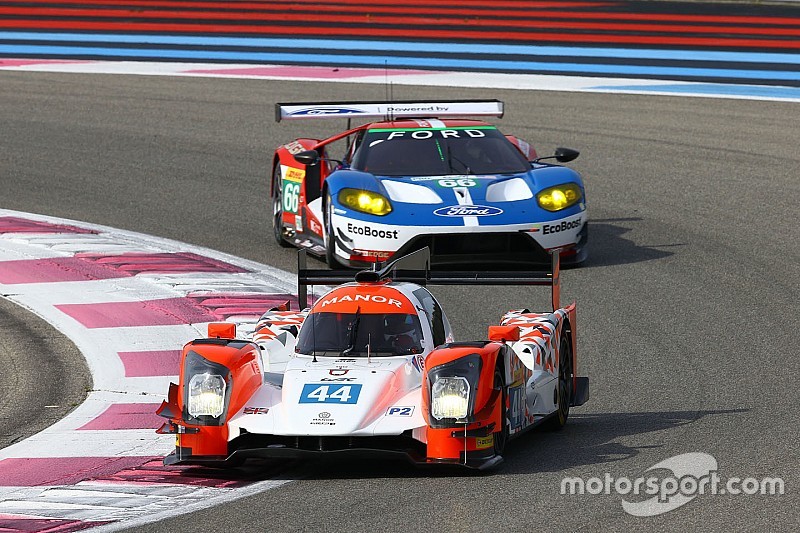 It's not just the headline LMP1 battle that promises to be a thriller in 2016 - the World Endurance Championship's lower classes are shaping up to be equally competitive. Valentin Khorounzhiy looks at the state of play in LMP2 and GTE.

LMP2 - too close to call 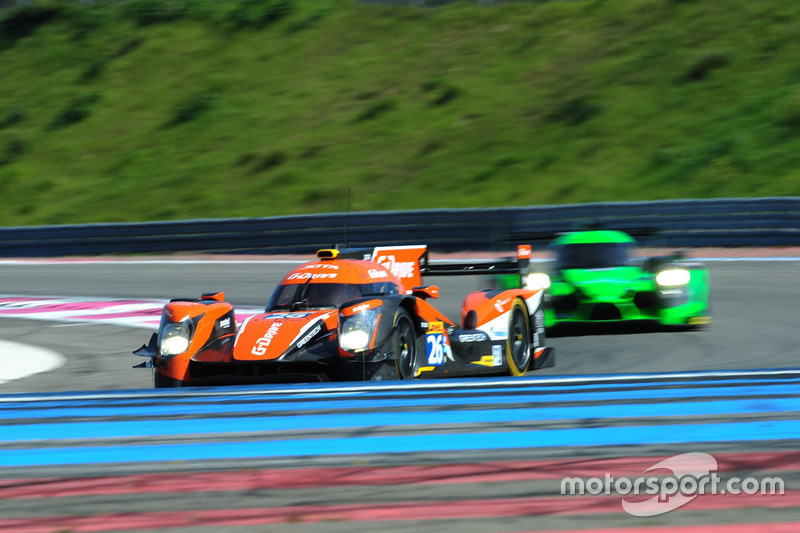 Most of WEC's LMP2 regulars have gone to great lengths to point out just how competitive the category is this year - and while those kinds of comments should normally invite a healthy dose of cynicism, they are absolutely on the money in this particular case. During the Prologue, seven LMP2 teams were within a second of the class benchmark. And while seven wouldn't be a lot for one-make single-seaters, it most definitely is for a field that features four different prototypes.

The returning champion of the category is G-Drive, but that team is no longer run by OAK, Racing instead partnering with JOTA Sport and switching to Oreca machinery. Of last year's championship-winning trio of drivers, only Roman Rusinov has stayed put – but with the arrival of GP2 race winner Nathanael Berthon and GT ace Rene Rast, the line-up is a bona fide powerhouse.

Newcomer Manor is likewise betting on Oreca - and the British team also did not skimp on the drivers for its two cars. Among the highlights are former Manor F1 duo Will Stevens and Roberto Merhi and ex-IndyCar driver James Jakes, albeit endurance racing fans will probably be most excited about LMP2 star Richard Bradley, who took class victory at Le Mans last year for KCMG (which is no longer a part of the series) alongside Nicolas Lapierre and Matt Howson.

Next to the Oreca contingent is Signatech, which runs its Alpine A460 prototypes based on the Oreca 05. The team's #36 car topped the pre-season, and that was no surprise for the new line-up is mighty, featuring ex-Toyota LMP1 star Lapierre alongside strong single-seaters converts Gustavo Menezes and Stephane Richelmi. Signatech's second car, the #35 run by Baxi DC Racing, was also very much on pace.

Conventional wisdom suggests that Oreca's main threat will come from the three Ligier JS P2 cars in the field. Two will come from ESM, the team that recently conquered both the Rolex 24 at Daytona and the 12 Hours of Sebring. The headliner among ESM's six-driver roster is arguably ex-G-Drive man Pipo Derani, who has virtually overnight become one of the most heralded drivers in the class.

The other Ligier belongs to the RGR Sport by Morand team of Ricardo Gonzalez, and can not only boast former F1 driver Bruno Senna on the driving strength but also Audi factory driver Filipe Albuquerque, who has plenty of experience in LMP2 as well as LMP1.

However, none of the Ligier contingent were as quick as Strakka's Gibson 015S in the Prologue. The British team, running team founder Nick Leventis alongside perennial regulars Danny Watts and Jonny Kane, was second at Paul Ricard, just 0.002s behind Menezes in the Alpine A460, and has the luxury of starting the season with a tried-and-tested car this year after the abortive Strakka-Dome S101 project of 2015.

Finally, there's SMP Racing with two of its own BR01s and a line-up which features, among others, former Peugeot LMP1 driver Nicolas Minassian and F1 podium finisher Vitaly Petrov. The BR01s were slightly off-pace at Paul Ricard, but the car is still very new and has plenty of potential, having already shown well in ELMS and taken a Rolex 24 pole.

Back in 2015, on its way to the LMP2 class title, G-Drive's #26 car managed to win on four occasions. But in this field, it's hard to see any team replicating that feat. 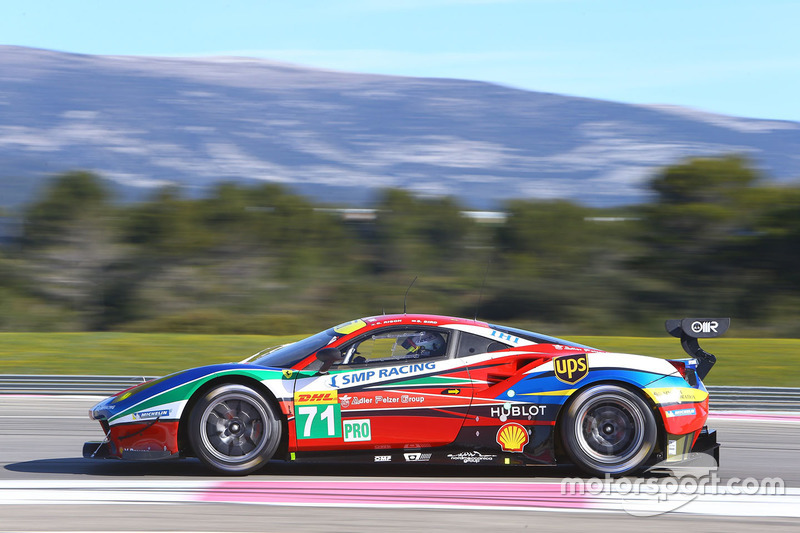 The established manufacturers of WEC's GTE Pro class – Ferrari, Aston Martin and Porsche – should most likely ready themselves for a season where they'll be getting a lot less attention than newcomer Ford, especially if the American marque does well.

And there's plenty of reasons to believe it will: the Ford team, run by Chip Ganassi Racing out of Multimatic's UK base, has gone all in on its WEC venture, signing Andy Priaulx from BMW and Stefan Mucke from Aston Martin in addition to Olivier Pla and Marino Franchitti. The more recent additions of Harry Tincknell and Billy Johnson, who was part of the new GT's development from its inception, for the opening rounds give the squad a pair of line-ups equal to any other in the class.

There's little doubt over the drivers' abilities or the pace of the car, both reflected in Ford's strong Prologue performance. However, a less-than-stellar debut in the Rolex 24 at Daytona does leave some lingering question marks over reliability. Ford, after all, will need to make sure absolutely everything is perfect if it is to take the fight to Ferrari, with the Italian marque looking very much motivated to prevent a second consecutive defeat in the category.

Having lost out in 2015 after straight titles in 2012-2014, Ferrari has brought in the new 488 and re-shuffled its line-up, moving James Calado to partner Gianmaria Bruni in the #51 car. Bruni is arguably the best GT driver WEC has ever seen, while Calado is one of the best GP2 drivers to have not quite made the leap into F1 in recent years. Unquestionably, these two are the pre-season favourites.

The other Ferrari car is no pushover either, with long-time Scuderia servant Davide Rigon partnered up with another open-wheel star in Sam Bird, who, admittedly, will need some time to readjust to GT racing after taking the LMP2 title with the G-Drive squad last year.

So where does that leave the other two marques? Porsche's 911 RSR was, after all, good enough to deny Ferrari last year at the hands of Richard Lietz and Michael Christensen – and those two are back, albeit now run by Dempsey-Proton instead of factory team Manthey. Defending the title will be tough, given that the car is virtually unchanged, but Lietz and Christensen simply can't be ruled out.

For Aston, however, the Prologue made for grim reading, the Vantage V8 usually around two seconds off the pace. The cars have serious talent driving them – Darren Turner and Fernando Rees are proven, Jonathan Adam (who is absent from Silverstone to race in British GT) has earned his promotion and Nicki Thiim is good in pretty much everything he drives. And in Richie Stanaway and Marco Sorensen, Aston also has two former genuinely top open-wheel prospects.

The British marque is also hedging its bets on Dunlop instead of the Michelins used by the rest of the grid. But if Aston is to come away with something in this field, that probably won't be enough – it'll also need its opponents to stumble in a big way.

GTE Am - quality over quantity 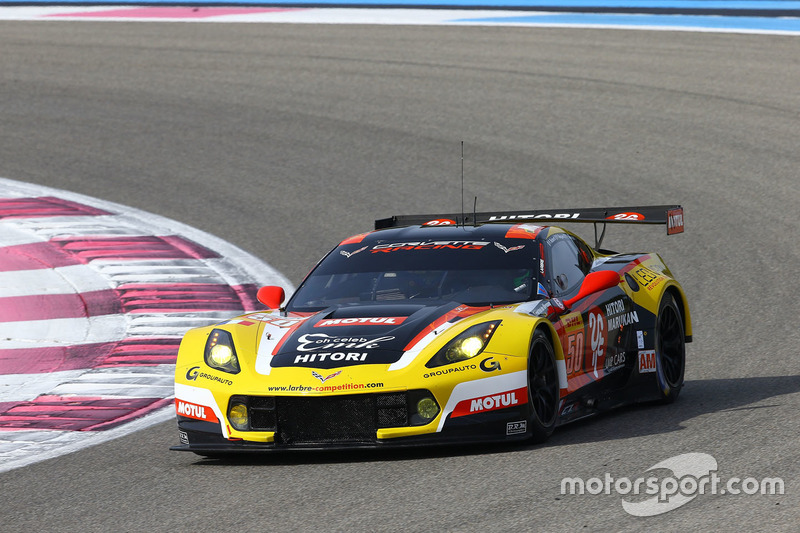 Just like LMP2 looks to be a lot more unpredictable than LMP1, so is GTE Am a much, much bigger unknown than the Pro category. GTE Am will only have six full-time cars this season, but six might just be enough for a thriller.

The only marque with a multi-car peresence here is Porsche, its three cars fielded by LMP2 refugee team KCMG, Gulf Racing and Abu Dhabi-Proton – and all three efforts have its headline drivers.

For KCMG and Proton respectively, it's veteran Porsche GT aces Wolf Henzler and Patrick Long, albeit the latter will be replaced by another serious name - Klaus Bachler – at Silverstone. For Gulf, it's former GP2 star and A1GP champion Adam Carroll, arguably one of the most exciting additions to any WEC class this year.

However, the single entries for Aston and Ferrari will be tough to beat, constituting the field's frontrunner establishment. Aston is back with Pedro Lamy, Paul Dalla Lana and Mathias Lauda, the trio who won four races last year. Last year, that car still ended up behind the more consistent AF Corse entry in the standings and the trio of Francois Perrodo, Emmanuel Collard and Rui Aguas is also back in full force.

Finally, former class champion squad Larbre is again back with a Corvette C7.R and, while the French squad struggled last year, it was the team's #50 machine – driven by Paolo Ruberti, Pierre Ragues and Yutaka Yamagishi –  that ended the 2016 WEC Prologue top of the class.

Inside WEC previews the 6 Hours of Silverstone: