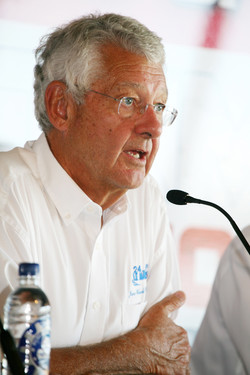 This morning at the Zhuhai 6 Hours meeting the logo and the calendar of the 2012 FIA World Endurance Championship were presented. The championship consisting of eight rounds, including the Le Mans 24 Hours, will start in March and finish in November.

The entries for the 2012 FIA World Endurance Championship and the Le Mans 24 Hours will be announced on 2nd February 2012 after deliberation by the Selection Committee.

All entrants in the FIA World Endurance Championship have an automatic invitation for the 80th Le Mans 24 Hours.