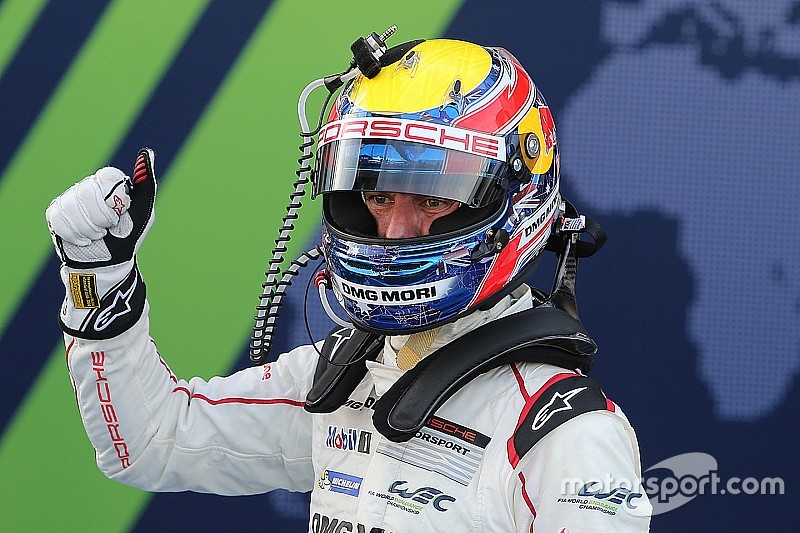 Mark Webber says that the World Endurance Championship title fight is shaping up to be a potential classic between his Porsche team and former champions Audi.

Webber, who scored his second WEC victory on the trot with teammates Brendon Hartley and Timo Bernhard at Austin on Saturday, is now 10 points behind 2012 champions Andre Lotterer, Benoit Treluyer and Marcel Fassler of Audi.

“Ten points, we’ll take that,” he said when Motorsport.com informed him of the gap.

“Timo and Brendon have been awesome, drove really well, so with three races to go it’s going to be very interesting.

“You can see how much the Audis are risking, obviously we’ve stepped it up, which is great. They’ve had it good for a long time, and we’ve brought some really, really aggressive mentality to endurance racing in all areas – whether it’s pitstops or wherever.”

Webber admitted that there was some good fortune in the manner his crew scored its second win of the season, including an "embarrassing" moment when he overshot his pit, but believes his opening stint set them on the road to victory.

His Turn 1 move on polesitter Neel Jani in the sister car led to him dominating during his first two stints, until a one-minute penalty for a pitstop infringement dropped them behind.

“Neel and I had a chat before the race, [from pole on the inside] he was gonna come back for the [racing] line, which was fine, as long as I’ve got somewhere to brake on the outside – we knew we had to look after the Audis as well as ourselves.

“I saw where he braked and thought, ‘hmm, OK, I can pull this off’. I decided to run around the outside and knew that the grip was pretty even and there’s lots of track out there. It worked out well.

“I was really happy with my first stint, and that helped tee-up the race from there. When you get a bit of a buffer it helps the other drivers to settle in.”

Webber’s car inherited the win when the sister car hit electrical problems in the closing stages.

Audi remains in front after Austin