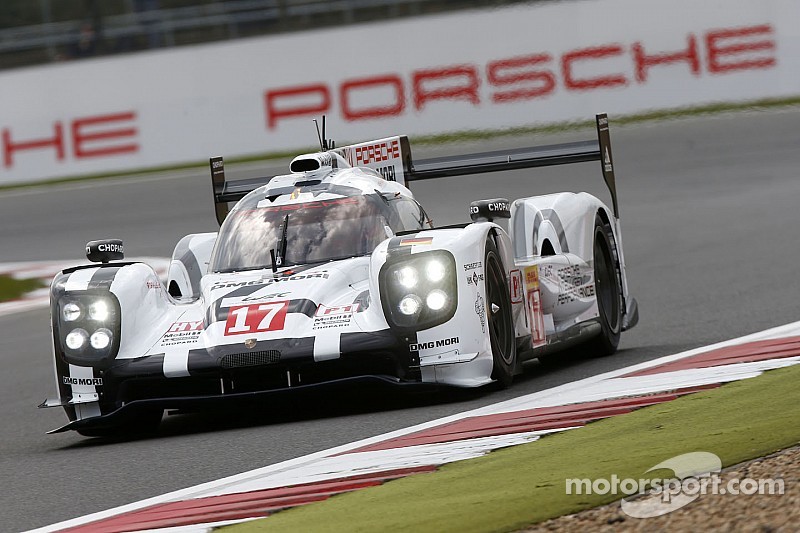 Porsche celebrated a 1-2 in qualifying for the first round of the 2015 World Endurance Championship at Silverstone on Saturday.

The #17 car driven by antipodean duo Mark Webber and Brendon Hartley outpaced the sister 919 Hybrid of Neel Jani and Romain Dumas by 0.619s over the two-lap average, with a combined effort of 1m39.721. Hartley secured the pole with the fastest lap of qualifying – a 1m39.534s lap.

Forming the second row of the grid will be the #8 Audi R18 e-tron quattro and the #1 Toyota TS 040 HYBRID, with the #7 Audi and #2 Toyota Racing sharing the final ‘manufacturer LMP1 row.’

As expected, it was a close session with just 1.9 seconds separating the top six cars.

As per the Free Practice sessions it was the G-Drive Racing team that topped the times with the ‘Latin’ flavoured No.28 Ligier-Nissan of Gustavo Yacaman, Pipo Derani and Ricardo Gonzalez starting from pole. Gonzalez and Derani set a combined 1m48.021s to shade the #26 G-Drive car by just 0.062s.

The #95 Aston Martin Racing entry achieved the best LMGTE Pro two-lap average with Nicki Thiim and Marco Sorenson setting the times which resulted in a 1m59.970s average. This was despite WEC debutant Sorensen stating he had a scrappy lap when he made a couple of small mistakes.

Joining the Aston on the front row in the LMGTE Pro class will be the #99 car of Fernando Rees, Alex MacDowall and Richie Stanaway. The Darren Turner and Stefan Mucke Vantage V8 placed third to make it an Aston clean sweep on their home turf.

Aston Martin Racing celebrated another pole in the LMGTE Am class with the #98 Vantage V8 driven by Pedro Lamy and Paul Dalla Lana setting a combined 2m01.998s lap. Their time was 0.939s quicker than the Larbre Competition Chevrolet Corvette C7, driven by Gianluca Roda and Paolo Ruberti.

Tomorrow’s first round of the WEC is scheduled to begin at 12.00 local time.