Webber and Cressoni to spend night in local hospital 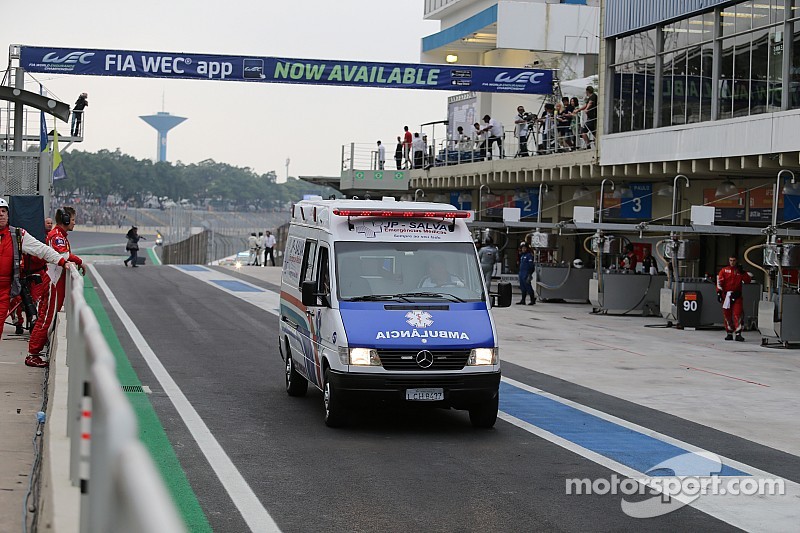 Both drivers are awake and alert.

Following their horrendous accident with 27 minutes remaining in the six hour WEC season finale at Interlagos, both Mark Webber and Matteo Cressoni will spend the night in a local hospital.

Webber, the driver of the LMP1 Porsche, reportedly lost control before striking the AF Corse Ferrari. It is not yet known whether mechanical failure or driver error initiated the accident. After colliding, both cars struck an outside barrier. The Porsche continued back across the track, hitting the armco and nearly severing the entire rear of the car off. The cockpit area remained mostly intact.

Cressoni walked away from the wreckage as Webber was rolled away by stretcher, waving to concerned fans as they looked for a sign that the ex-F1 ace was conscious. The Ferrari driver posted on social media, revealing he was at Leforte Hospital in Sao Paulo and that he would undergo precautionary checks overnight. Webber is also being checked and is seeing visitors at this time, according to reports.

Porsche breaks through and wins at Interlagos

WEC: Porsche wins the battle, but Toyota wins the war