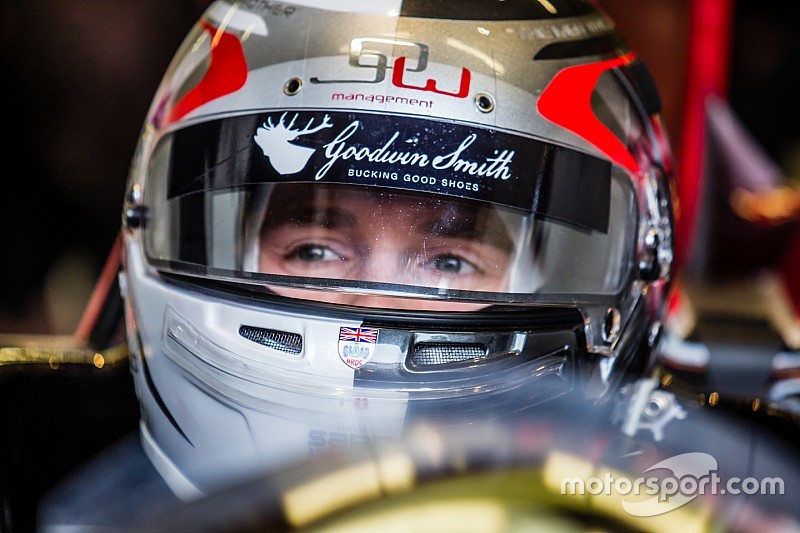 The Briton himself was in the LMP2 class of the championship that year, racing for Team SARD Morand and helping the squad to fifth place in the teams' standings.

"I'm delighted to be joining ByKolles for the 2016 FIA WEC season," Webb said. "A great calendar and step in my career into LMP1 with faster, more advanced machinery.

"After some good conversations with the team and the direction the car is going in, I'm very excited to be involved in this project for 2016.

"It's a big step forward and I'm looking forward to the challenge and joining my new teammates Simon Trummer and Pierre Kaffer."

Webb originally hails from single-seater racing, having finished third in British Formula Renault 2.0 and British F3 in 2009 and 2010 respectively.

He was McLaren protege Stoffel Vandoorne's teammate in Formula Renault 3.5 in 2013 before switching to sportscars, his first season in LMP2 yielding a European Le Mans Series title with Signatech Alpine.

"With the signing of Oliver Webb, our desired driver line-up for the 2016 WEC season is now complete,” says Boris Bermes of ByKolles.

“Oliver is a young and fast sportscar driver, who was able to gain a lot of experience in the past few years. His achievements in endurance racing speak for themselves. We have been watching his career for a long time and were already impressed back when he was in single-seater open-wheel racing.

"I am convinced that Oliver will be a great asset for our team. He fits perfectly with his new team-mates in terms of character and his approach and will support the team throughout the 2016 season to systematically continue the progress from last year."

Patrick Dempsey to take a break from racing after career season