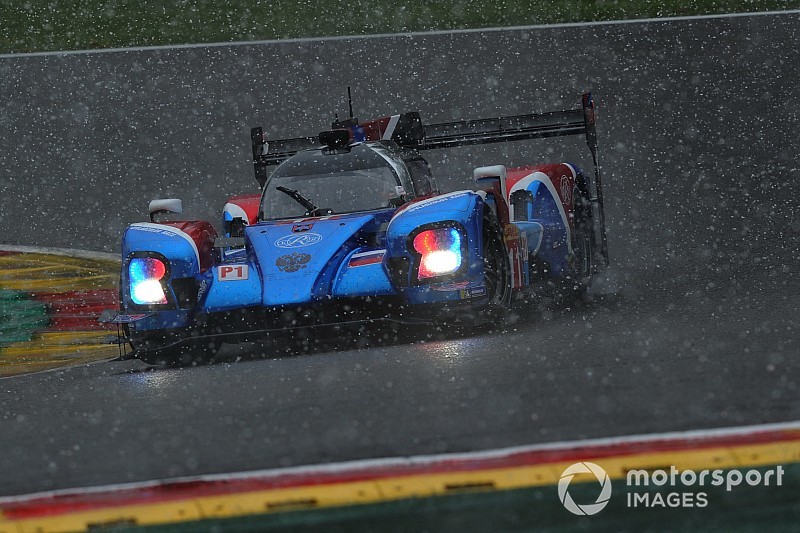 A gearbox problem meant that Vitaly Petrov and then Mikhail Aleshin, who shared the #11 BR Engineering BR1 with WEC newcomer Vandoorne, were unable to engage fifth or sixth gears in the closing stints of a race affected by rain and snow.

"We only had four gears for maybe the last two hours," said former IndyCar driver Aleshin, who brought the car to the finish. "Luckily the track was wet, because it would have been a much more difficult job if it had been dry."

The transmission issue meant that that Petrov was powerless to prevent Thomas Laurent in the #3 Rebellion R-13 from passing him for second at the restart after the penultimate safety car.

But finishing third still meant that Vandoorne was able to stand on the podium in front of his home fans for the first time since the 2015 GP2 feature race at Spa.

"We had a great race today," said the ex-McLaren Formula 1 driver. "I was in the car for a very long time, two hours and 45 minutes. I've never done that in my life, driving that long!

"The start was good, everything we did on the track was very good, we were fast when we had to be. In the rain, we could make a difference. The team management was quite good. It was a very, very difficult race for everyone with the safety cars, the full-course yellows.

"It was nice to do the start. I think I’ve more or less experienced everything this weekend now. It was good to get that experience [ahead of the Le Mans 24 Hours].

"We had a good start of the race, had some nice fights out there. We managed to put ourselves in a really good position and gap some of the people behind us. It was good." 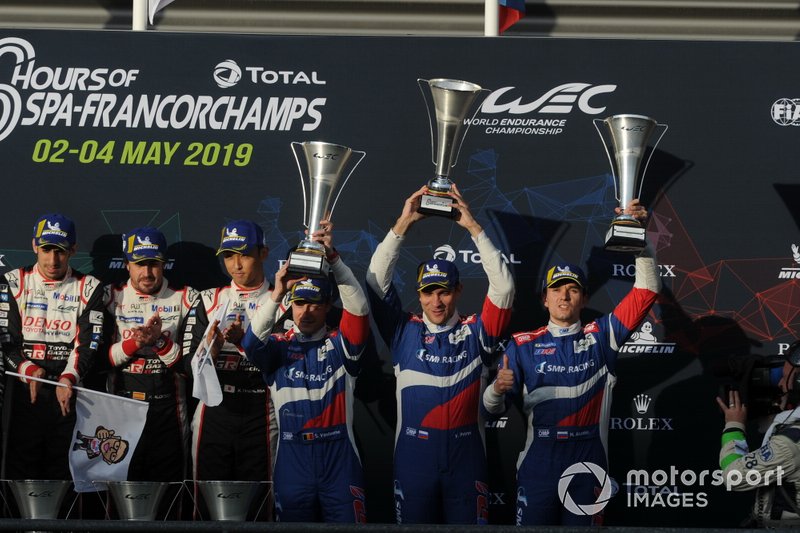 Gaetan Jego, technical director of the SMP squad, suggested that the best of the BR1s would probably have been second but for the gearbox problem - but conceded that it had been a tight battle with the #3 Rebellion of Laurent, Gustavo Menezes and Nathanael Berthon.

"We made different choices on tyres, so it was very up and down between the two cars," he explained. "It is difficult to say who was quicker over the whole race."

The second of SMP's BR1s finished a delayed fourth in the hands of Sergey Sirotkin, Egor Orudzhev and Stephane Sarrazin after losing its right front wheel early in the third hour.

That incident happened 16 laps after its previous change of tyres and Jego stated in the wake of the race that it was still investigating the problem.