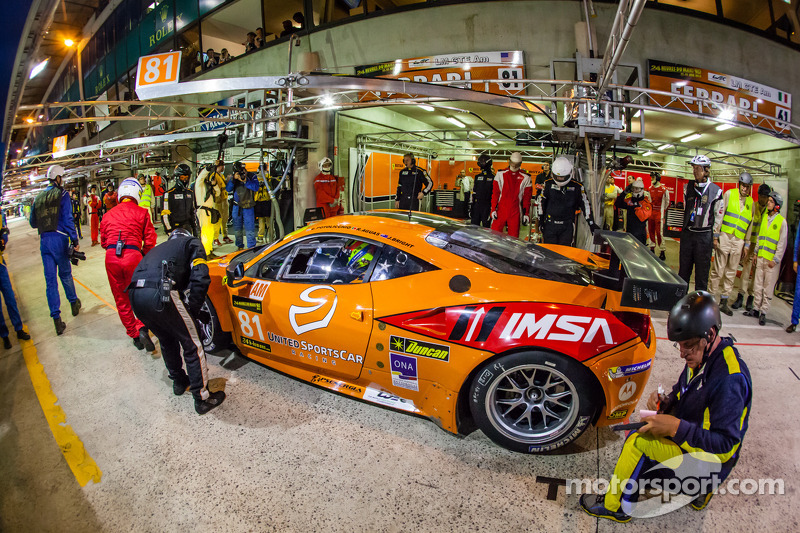 Venezuela’s enthusiasm towards motorsport in general, and endurance racing in particular, has been growing steadily. This is due in no small part to the efforts and successes of 8 Star Motorsports driver/owner, Enzo Potolicchio. Next weekend’s 6 Hours of São Paulo is as close to a ‘home’ race as possible, and we took the opportunity to ask him about racing in Brazil.

Named Vicente, but known to all as Enzo, the Caracas-born driver and businessman started in GT racing with a super-successful Porsche Super Cup season in 1998, winning 11 races and Venezuela’s Automobile Driver of the Year award. He participated in two Ferrari Challenge North America races in 2009, earning a victory and a third-place finish. In 2010 and 2011 he won back-to-back Ferrari Challenge titles and also made his debut in Grand Am, earning his first series victory and followed up by a runner-up finish in the 2012 24 Hours of Daytona.

2012 proved to be ‘his’ year as – for Starworks Motorsport in the FIA WEC’s LMP2 category – he claimed historic wins at Sebring, the 24 Hours of Le Mans, as well as the 6 Hours of São Paulo, en route to winning the FIA Endurance Trophy for LMP2 teams and the class championship title.

Racing in the LMGTE Am category this year in the distinctive orange-coloured No.81 Ferrari 458 Italia, Enzo will once again be joined behind the wheel by Rui Aguas of Portugal and Matteo Malucelli of Italy and is really looking forward to the next round of the FIA WEC in Brazil.

“I can’t wait to get there!” he enthuses. “We won the race there last year in LMP2 and I love the track. I did my job there well, let’s put it that way, and it’s a favourite track for the Ferrari although we fear there might be a little bit of a disadvantage now against the Aston Martin and Porsches because of balance of performance. We hope this track will help the Ferrari and we can start getting points back after the [poor] result we had at Le Mans. We feel we can still win the championship and we are going to take it race by race.”

This is the second visit for the FIA WEC to São Paulo, and this year South American drivers such as Brazilians Bruno Senna and Fernando Rees are included on the entry list as well as his own entry and Mexican Ricardo Gonzalez (Central America, but with a foot in both North and South!). Does Enzo think that Le Mans-style racing is growing in popularity in South America?

“It really is and I think I’ve had my part in that. In Venezuela we do our own TV show where we show the team work and driver perspective of racing, and pit stops, rather than shots of moving cars. We air those and it’s really picking up; the media in Venezuela is really helping us.

“Having Maldonado in F1, Viso in Indycar and me last year winning the [LMP2] World Championship … there are a lot of Venezuelans now doing well in auto racing. The country is best known as a baseball country and there are a lot of guys in the major leagues in the USA, but racing is growing and growing.”

So, is racing at Interlagos different to anywhere else visited? “The fans are real racers, the series is interesting and I feel at home there. It’s a South American country and we have potential sponsorship and drivers from Brazil who might be joining us at 8Star Motorsports next year so it’s a big event for us. Our joint venture with AF Corse, running our Ferrari, is paying off and I think it will bring a lot of success.”

There are three ‘Ricardo Gonzalez’ listed on the Driver Database, but only one of those won the LMP2 class at this year’s 24 Hours of Le Mans and is currently leading the title chase for the FIA Endurance Trophy for LMP2 drivers! An enthusiastic part of the FIA WEC paddock, Ricardo talked to us about racing in The Americas.

The 34-year-old who resides in Monterrey in Mexico was first introduced to racing by his father Roberto Gonzalez, and started like many others in single-seaters alongside his older brother, also called Roberto. In 2010, after a seven-year break from racing, he returned to contest the American Le Mans Series. After starting four races in the GTC class, he and teammate Luis Díaz switched to the LMPC class and Ricardo went on to win the 2011 LMPC Drivers' Championship with co-driver Gunnar Jeannette who will be making his debut in the FIA WEC in São Paulo.

In 2012 he entered the FIA World Endurance Championship with Greaves Motorsport alongside Elton Julian and Christian Zugel, driving an LMP2 Zytek-Nissan. This year he is teamed with Bertrand Baguette and Martin Plowman in their No.35 OAK Racing Morgan-Nissan and more than played his part in the difficult conditions at this year’s 24 Hours of Le Mans. With Mexican racing legend Pedro Rodriguez being a personal hero, it was with huge pride that Ricardo stepped up to the top of the LMP2 podium – the first Mexican driver to do so since Rodriguez drove a Ford GT40 to victory in 1968.

As there is no Central American race within the FIA WEC, Ricardo considers both the São Paulo round and the North American Circuit of the Americas race to be ‘home’ events, and he’s really looking forward to getting to Brazil. “I am very excited about the next race. We are leading the LMP2 championship just now, after our win at Le Mans, and the whole team is very excited about it. We need to keep that energy and bring it to Brazil. I think we have all seen how competitive LMP2 is and, if we want to stay up there, we need to do our work, concentrate and focus on what’s coming.”

Just as Enzo Potolicchio, Ricardo believes that Le Mans-style racing growing in popularity in South America but would like to see wider coverage of endurance motorsport in Mexico. “I wish for sure we could get more coverage for Mexico. I know there are a lot of people who follow from the days of Pedro Rodriguez but we are at a point where interest has started to go, maybe from not having as much coverage and Mexicans not having good result. But, hopefully my results are helping and the way I was received in Mexico from the media after Le Mans was incredible and I think Mexicans took that as a great goal. That’s for sure a gain.”

Despite there currently being no international endurance sportscar racing in Mexico, there are many good tracks to visit including the Autodromo Jose Carlos Pace. Ricardo likes the circuit very much but maybe not for the most obvious reasons: “It has big elevation changes and it’s a track that’s difficult to drive. Each time you go there and see locals driving the track you can see the difference between someone who’s learning it and someone who knows it well. It’s challenging and that’s why I like it; it’s a beautiful place to be!”