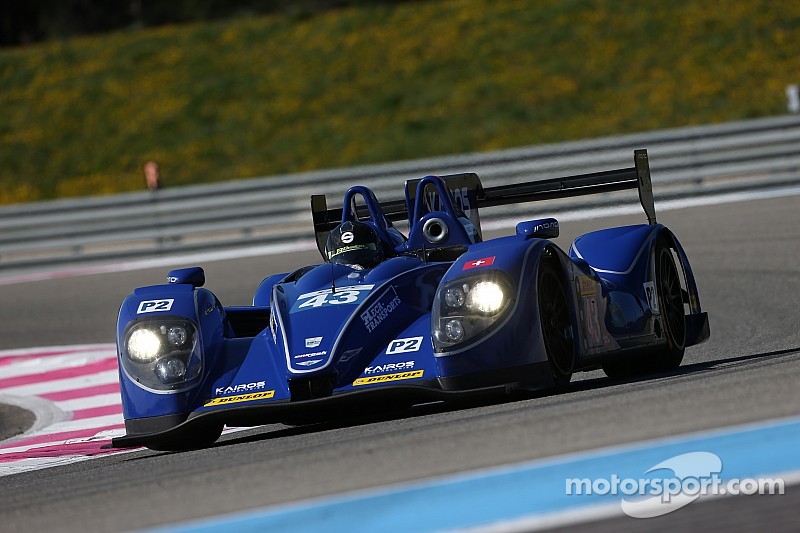 Former IndyCar racer Tristan Vautier is making his European race debut this year in the WEC. Sam Smith spoke to him after the official Prologue test last weekend.

The Frenchman, who was based in the US from 2010-2014, is scheduled to race at the two opening WEC races at Silverstone and Spa, sharing a Morgan-Evo LMP2 with Oliver Webb and Pierre Ragues.

"I am excited to be in the WEC this year after sampling some of the longer TUSC races last season," said Vautier.

"2014 was quite limited for me in the seat time that I got so this will be much more involved for me with SRAD Morand. So I am really looking forward to Silverstone."

"My teammates Oliver (Webb) and Pierre (Ragues) are proven quick guys in LMP2 and both are ELMS champions in fact. So it is nice to feed off their experience too," he continued.

Vautier, while concentrating on the work in hand for SARD Morand is also looking to the future, and believes there is unfinished work in IndyCar, where he started 19 races in 2013, scoring a best position of 10th after qualifying a sensational third in only his second start for Schmidt-Peterson Motorsports.

"I would welcome another opportunity to race in IndyCar again. It is very hard at the moment but I still have hopes and ambitions over there.

"At the moment all I have secured is the first two FIA WEC races up to Le Mans so I am really open in regarding other programs and projects I can get."

"Open wheel racing in the US is amazing and I hope I can do some more. I love America, the circuits, fans, everything," he said.

Vautier is not confirmed as an official reserve driver for Le Mans, a race in which he still hopes to make his debut this June.

"I would love to be even the official reserve driver for SARD Morand but nothing is confirmed yet and they have all drivers signed and then the last place will be the winner of the ‘Race to 24' plan," said the 25 year-old.

"But I am also still talking to other people so we will just have to sit tight and wait and see what happens."