Toyota Motorsport GmbH (TMG) unveiled their FIA World Endurance Championship (WEC) team and their newest racing baby: The TS030 Hybrid prototype. The Germany-based Toyota Racing team had announced the first set of drivers, Alex Wurz, Nicolas Lapierre and Kazuki Nakajima, in November 2011. They also clarified again today that their return to sportscar racing will include the 24 Hours of Le Mans and other selected WEC events.

Nakajima actually was noticed by Toyota and was named to their Young Drivers Program. In 2003, the racer from Japan won Formula Toyota championship. His career has actually crossed paths with his two teammates in GP2 and Formula One. “I cannot wait to drive the TS030 Hybrid for the first time. I spoke a lot with Alex and Nicolas about the car during the roll-out and it obviously has great potential,” he said.

Of course we would love to win Le Mans;...

Nakajima added, “I have been doing a lot of time in the TMG driving simulator so I have got to know the car in a virtual world, as well as the Le Mans track; now it’s time to drive it for real. It is a great opportunity for me and I am thoroughly looking forward to the experience of racing in the FIA World Endurance Championship with Toyota Racing. To return to Le Mans with hybrid technology is a big challenge for Toyota but it is also a real opportunity for all the drivers and I hope my recent Super GT experience will be a benefit. It’s a great feeling to be involved in this project and I am really motivated for this season.”

Like their past cars, the TS stands for Toyota Sport and taking a view back in time, the TS020 aims for the victories and the podium finishes that theTS010 and TS020 cars had at Le Mans in the late 1990s. The plan is to have a second Hybrid LMP1 at the 24 Hours of Le Mans -- the crown jewel of sportscar endurance events.

As promised back in November of 2011, TMG did include in today’s announcement that the new LMP1 will make its debut at the six hour race in May at the Spa-Francorchamps circuit. “Of course we would love to win Le Mans; that is the dream for all competitors in this race. But we are realistic and we know we need to develop and to learn in order to compete with some very strong competition,” said Yoshiaki Kinoshita.

“Our target this year is to show the performance level of our car and particularly the THS-R powertrain. Hybrid is a core technology of Toyota so it is important to demonstrate this in a motorsport arena and we want to prove it can bring a performance advantage, both in terms of lap time and fuel efficiency. Everyone involved in designing, developing and preparing the car - both at TMG and at Motor Sport Division in Japan - has worked incredibly hard to reach this point and we are all very excited to be back on the race track again,” added the team president. 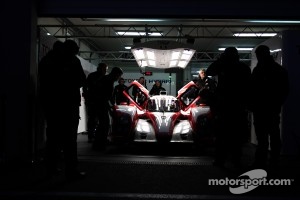 The new prototype has a V8 3.4 litre normally aspirated petrol powerplant and a hybrid system with a capacitor storage engine. Like their current consumer hybrid road cars, the prototype will also generate energy under braking and can operate in electric mode for zero emissions and fuel consumption.

Pascal Vasselon, Technical Director: “The two main performance drivers of our TS030 Hybrid car are the aerodynamics and the hybrid system. The regulations for hybrid powertrains allow us to recover energy under braking and release this to improve acceleration out of a corner, delivering lap-time benefit. For any given performance level, a hybrid powertrain will achieve this with less fuel so it is an extremely relevant technology and one we are excited to be bringing to endurance racing.”

TMG developed a carbon fibre composite chassis which has already been on track in mid-January in a private session at Paul Ricard. Toyota Racing’s drivers Wurz and Lapierre turned the first laps both during the day and at night. Also on hand was Japanese driver Hiroaki Ishiura, who might yet be named as one of the drivers in the second LMP1 that the team will field.

About the first test, Wurz commented, “It was cool to drive the TS030 Hybrid car for the first time. Just leaving the garage on the electric power is very futuristic, then when you let the clutch go and the internal combustion engine kicks in it is like an old friend has returned! When we put on the slick tyre I could feel the car generates a very good amount of grip so I think we have a good base and I think we can turn this into a really fast car. I am definitely very happy but my nature is to also be analytical and therefore I know there is still a lot of work to be done. It’s really good to work with all the mechanics and engineers; the Toyota Racing team is very international and this works well. I am very comfortable in this team because they are all extremely professional, that is really clear.”

We are starting from a blank page so the challenge is exciting.

Both Wurz and Lapierre have extensive sportscar racing backgrounds. Wurz has twice taken the win at the prestigious Le Mans 24 hour race, and in his challenge on the La Sarthe circuit in 1996, he was the youngest driver to score the victory in his first attempt. The Austrian is also known for his time spent in Formula One, along with his podium finishes. He has won at Spa, Sebring and the Petit Le Mans Road Atlanta race.

Lapierre also brings an outstanding previous racing performance to the team. He was a champion for Team France in the former A1 Grand Prix series. The French team earned the World Cup of Motorsport in 2005. An injury in 2006 in GP2 sidelined Lapierre but he returned as strong as ever in 2007. His first race at Le Mans was in 2009.

“My first impression from the roll-out was positive; the chassis is really advanced and the hybrid system works very well,” said the Frenchman. “The TS030 Hybrid car has good reaction to the steering with quick and efficient response combined with an impressive base level of downforce which is a nice feeling for a driver. It is totally different from anything I have known before because the philosophy is different. So our roll-out was promising and we saw the car’s potential on several levels; we still have plenty of work to do but I think that we will have a strong package. We are starting from a blank page so the challenge is exciting." 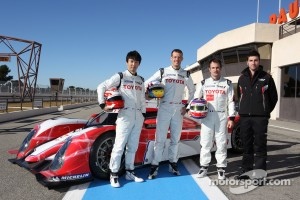 Sebastien Buemi has indicated he is in talks with Toyota as a possible candidate for the second team car at the 24 Hours of Le Mans. The Swiss racer’s grandfather Georges Gachnang raced at Le Mans back in the 1960s. The former Toro Rosso Formula One driver is searching for a ride in 2012 and he said, "There is no grand prix on that (Le Mans) weekend, so it would be possible. The big teams will start their testing soon, so I could participate as well.”

Toyota Racing also named Italian racer Andrea Caldarelli as the junior driver for the 2012 WEC events. Caldarelli is now 21 and was a member of the Toyota Young Driver Programme with his contesting the Formula Nippon and Formula 3 events. His learning curve will be attending technical discussions and briefings at the events. Caldarelli will also join in on the driving simulators to develop his skills as a sportscar endurance racer.

“I am really pleased to be joining Toyota Racing as the junior driver and I expect to gain a lot of invaluable experience,” said the young Italian. “Even though I have been racing cars since 2005, I am still only 21 so there is plenty to learn and this is another milestone in my career. I know some of the guys in the team having been part of the TDP scheme for several years so it will be fun to work together again. For a young driver like myself to work as part of such a professional and experienced team will be a big benefit and I am looking forward to learning a lot more about the challenge of endurance racing.” 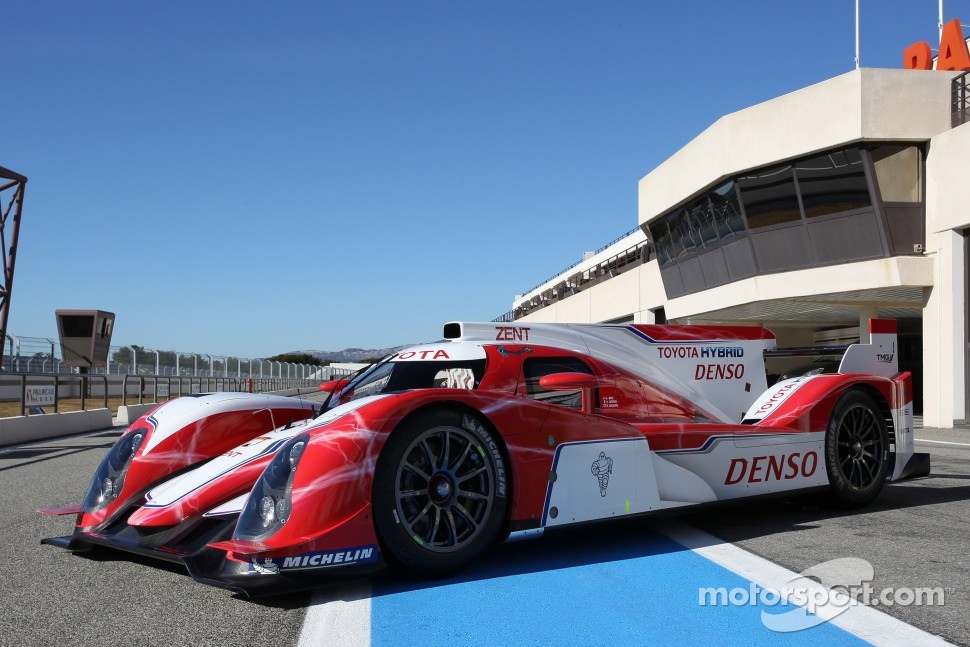