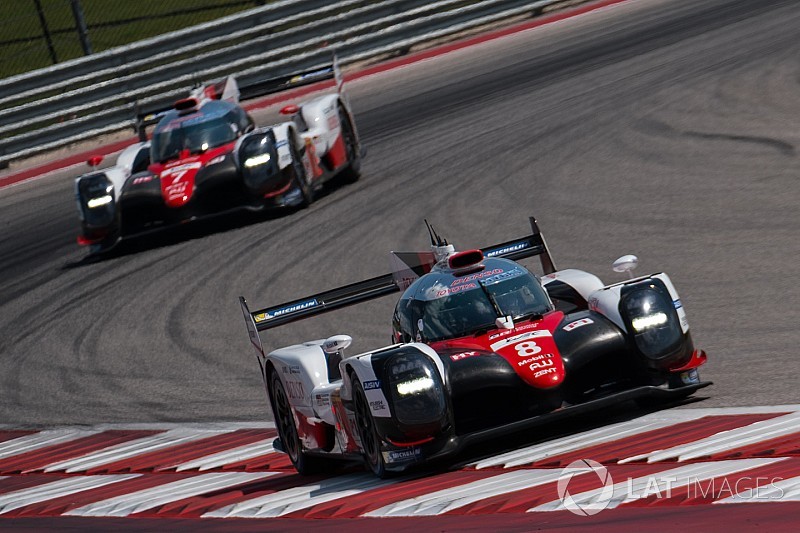 Toyota is set to delay the decision on its World Endurance Championship future beyond the end of this month, as it awaits official confirmation of the series' 2018/19 LMP1 regulations.

Toyota Motorsport GmbH technical director Pascal Vasselon insisted that no decision could be made before details of the technical regulations for non-hybrid privateer P1 cars were released and understood.

The rule makers, the Automobile Club de l'Ouest and the FIA, are revising the rules for the independents to make them competitive on laptime with factory hybrid cars over the 2018/19 'superseason' and the first WEC winter series in 2019/20.

Vasselon said that Toyota would have to "adapt its decision deadline", which had originally been scheduled for sometime in October, according to when the rules for the privateers were released.

"At the moment the regulations for next year and the future of WEC are not clear cut, so there is no point to rush a decision based on what we know at the moment," he explained.

He added that there was no "absolute deadline when we need to say yes or no".

"At the moment we are handling things as if we are staying, but at any time it is reasonably easy to say no and stop," he said.

ACO sporting director Vincent Beaumesnil explained that the final rules for P1 privateers over the next two seasons would be "released in the coming days".

Vasselon said that he was expecting no change in next year's regulations for the Toyota TS050 HYBRID, the only hybrid factory car due to contest the WEC.

But Beaumesnil suggested that there might have to be changes to the Japanese car's fuel capacity.

This is because the ACO and the FIA have promised to give the factory cars a fuel-economy advantage equal to one lap of the 8.47-mile circuit used for the Le Mans 24 Hours.

But the increase in power the privateer cars will need to be competitive on laptime will come with a decrease in fuel mileage.

That is likely to mean they cannot achieve 12 laps – one fewer than the 13 achieved by Toyota and Porsche this year – with the current 75-litre fuel tanks.

Vasselon revealed that Toyota had been progressively ramping down development of the TS050 for next season, first with the announcement that Porsche was withdrawing from LMP1 and then the realisation that there would be no factory newcomers either next season or in 2019.