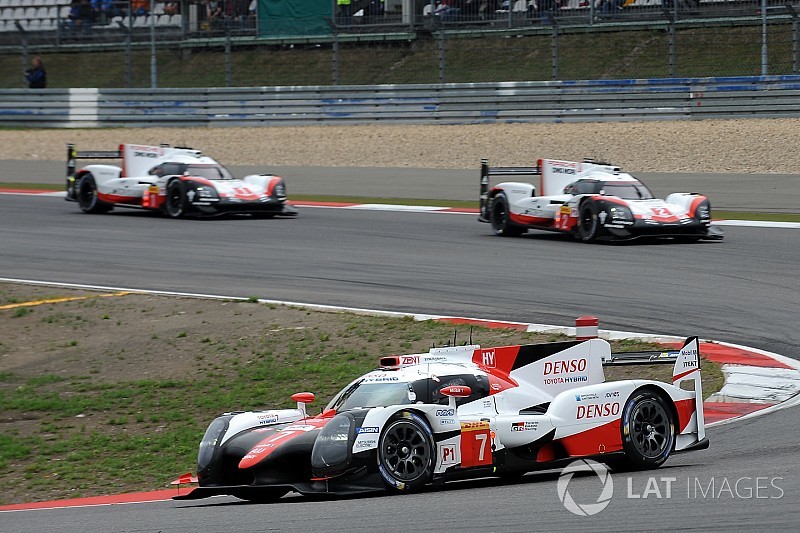 Porsche confirmed it will exit the top division of the global sportscar series after 2017 on Friday morning, leaving Toyota as the only manufacturer left in the LMP1 class from next season.

While the Japanese manufacturer is in theory committed to remaining in WEC until the end of the 2019 season, it's understood that it will soon consider its plans for 2018 in light of the series' new situation.

Although it has yet to issue official confirmation that it is considering its future, Toyota did release a statement from its president Toyoda, who expressed his regret at his company losing its main competitor.

“I felt that it was very unfortunate when I heard that Porsche decided to withdraw from the LMP1 category of the FIA World Endurance Championship racing series," said Toyoda.

"At last year’s 24 Hours of Le Mans race, we were honoured that Porsche considered Toyota as a rival. It was a great battle as we fought against each other for victory.

"Looking toward this year’s series, we aimed to rise to and even surpass Porsche’s challenge. Those thoughts drove us to work harder and put forth our best efforts in realising new technologies and skills.

"At this year’s Le Mans, I again had the opportunity to meet and talk with Dr. Porsche. He told me that, much like us, his company participates in motorsport to enhance its production cars.

"As a car maker that has been doing such for a very long time, Porsche deserves a great deal of respect.

"I feel very sad and disappointed that we will no longer be able to pit our technologies against such a company on the same battleground next year."

Toyota has taken two WEC victories so far this season at Silverstone and Spa with Anthony Davidson, Sebastien Buemi and Kazuki Nakajima, who lie 30 points behind the best of the Porsche crews in the standings following this month's Nurburgring race.

Its attempts to win the Le Mans 24 Hours for the first time were foiled by mechanical issues on its two full-season WEC cars and its third entry being involved in a race-ending incident with an LMP2 car.

Opinion: What next for WEC after Porsche quits LMP1?