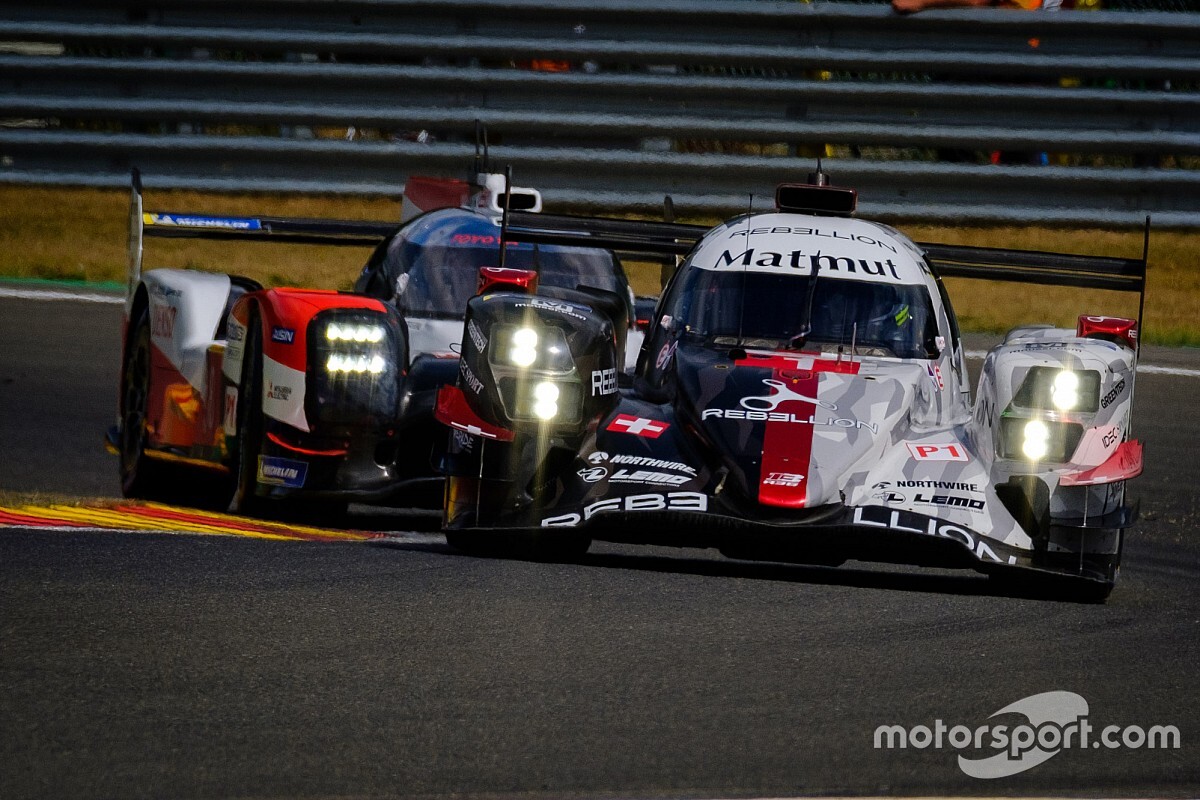 Toyota is confident it can take the fight to Rebellion in Saturday's Spa FIA World Endurance Championship round despite being outpaced in all four sessions of practice and qualifying.

Brendon Hartley, who qualified second in the #8 Toyota TS050 Hybrid together with Kazuki Nakajima, believes that the race pace of the car they share with Sebastien Buemi will give them a shot at victory.

"It's clear that Rebellion had a pace advantage on us in qualifying and I think P2 was basically the maximum we could do," Hartley told Motorsport.com. "But I do think we have a chance [in the race] and will see a close fight."

Hartley suggested that the gap in race pace between Toyota and the solo Rebellion R-13 driven by Bruno Senna, Gustavo Menezes and Norman Nato is much closer than the eight-tenth gap in qualifying.

"From what we saw in FP3, we are close, so I think it is possible to challenge them," he said.

Hartley said that the job of the drivers of the #8 Toyota will be to keep Rebellion under pressure as they strive to overcome a lap time penalty of 1.5s to the Rebellion under the WEC's system of success handicaps.

"We saw at the two races that they've won [Shanghai and Austin in November and February respectively] that we were hanging in there," he explained.

"We put them under pressure, but they did a good job not to make any mistakes — they did their job and won the race."

Hartley also pointed out that the differential in the success handicaps between the Toyotas and the Rebellion has reduced since the previous round of the 2019/20 WEC at Austin in February as a result of its rival's victory.

Tyre wear will also be crucial in the race at Spa, believes Hartley.

"A lot of it is going to come down to how we make the tyres last over two stints and on top of that there could be some weather involved [rain showers are forecast]," he said.

Toyota Gazoo Racing Europe technical director Pascal Vasselon suggested that the rain will be "hard work" for his team because it is running its car in low-downforce specification in preparation for the Le Mans 24 Hours next month.

"We are at the maximum downforce level we can afford with this package — the rain will be challenging for us," he explained.

"On the other hand last year we had the worst weather scenario for a low-downforce car, with rain and snow, and our drivers were able to get on top of the car."

The #7 Toyota in which Kamui Kobayashi, Mike Conway and Jose Maria Lopez are leading the championship is more heavily penalised than the sister car for the Spa 6 Hours.

"All week we've been close to the sister car or ahead, but the car went from having a good balance to having too much oversteer in qualifying," said Conway.

"The car was too nervous. We should have been closer to them, but we probably weren't going to be better than P3."