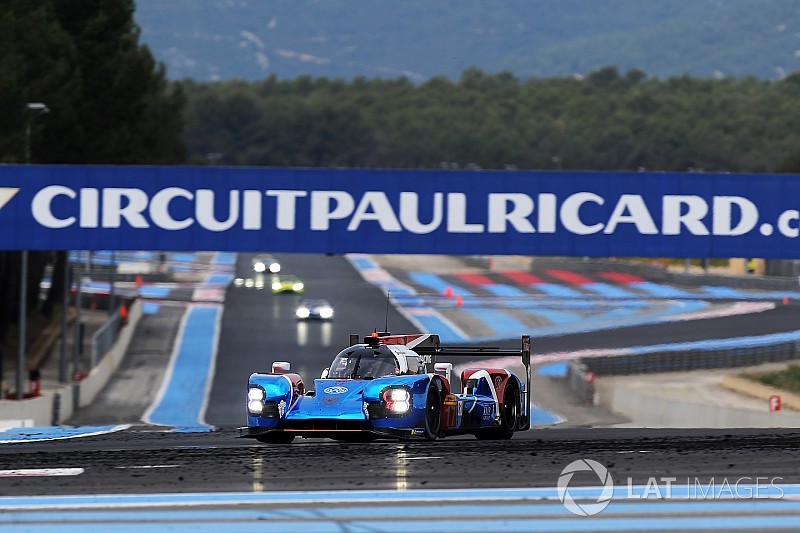 Toyota running outside the rules in the FIA World Endurance Championship's Prologue test at Paul Ricard was a “game” designed to force the LMP1 privateers to show their hand, says Stephane Sarrazin.

The Japanese manufacturer’s pair of TS050 Hybrids locked out the top two positions in the 30-hour test, with the quicker of the two cars setting a best time more than four seconds faster than the best of the non-hybrid cars, the #11 SMP Racing BR1-AER.

However, Toyota admitted on Saturday that it ran outside of the WEC’s Equivalence of Technology rules with both of its cars to set its fastest times during Friday’s daytime session before returning within the regulations for the remainder of the test.

Sarrazin, who set the quickest time in the #17 SMP car that was fifth fastest behind the sole Rebellion R-13 Gibson present at Paul Ricard, believes Toyota’s decision to stray outside the EoT was intended to help it understand the true pace of its LMP1 rivals.

"They wanted to lure us in and shock us, so that we were forced to speed up,” Sarrazin, who was part of Toyota's LMP1 team from 2012-17, told Motorsport.com.

“I know the team pretty well. I can tell you that Pascal [Vasselon, Toyota technical director] likes to play such little games."

Addressing media after the end of the test, Vasselon denied Sarrazin’s allegations and reiterated the objective of running outside of the EoT was to put its new cooling system under additional strain.

"We went through a really wide programme, including triggering high temperature conditions that were not hot as we were hoping for,” he explained.

“We had a new cooling system to validate and during the winter we knew it was not possible [to test it thoroughly]. We were hoping for a bit higher temperature, so we had been stressing our cooling systems.

"It happens that when you want to stress the hybrid system, you have to ask for a little bit more than what is allowed [by the rules]. Then we came back within the usual limits and had a trouble-free run.”

Asked for his thoughts on the EoT between the Toyotas and the LMP1 privateers, Vasselon added: "It's an extremely difficult topic because you have to take into account a huge list of parameters.

"With what has happened over these two days, they [the ACO and the FIA] have all the data to make a conclusion. We fully trust what will happen."