Toyota was impressed by how quickly Lilou Wadoux got up to speed in her first outing in a Le Mans Hypercar at the Bahrain International Circuit on Sunday.

An LMP2 driver for the Richard Mille Racing team, Wadoux was given an opportunity by the FIA World Endurance Championship to drive for the title-winning Toyota Hypercar team in the post-season rookie test in Bahrain.

Completing a total of 33 laps during the two-hour morning session, Wadoux posted a best time of 1m50.953s in the #8 Toyota GR010 Hybrid, which put her second among all rookies and sixth-fastest overall at the end of the day’s running.

Only Malthe Jakobsen was able to go faster than Wadoux among the newcomers present at the test, with the 19-year-old ending up just under seven tenths ahead in the #94 Peugeot 9X8.

Toyota heaped praise on Wadoux for acclimatising to a complex hybrid-powered LMH machinery in a limited span of time, with technical director Pascal Vasselon happy with the pace she was able to achieve during her two runs in the car.

“She did quite well, look at the laptime,” Vasselon told selected reporters. “Within the few rookies who have been testing today on Peugeot and us, she has done quite well. So very impressive.

“She came very, very very prepared. We supported her to get prepared. We had a driver manual, we had a sim session. On top of that she has really done her homework. She was immediately at the same pace.

“The programme had been to start with a new set of mediums, the one we have been using in the race.

“Okay, the grip was a bit better [than raceday], but 50.9 is a good lap, especially if you look at the rookies.” 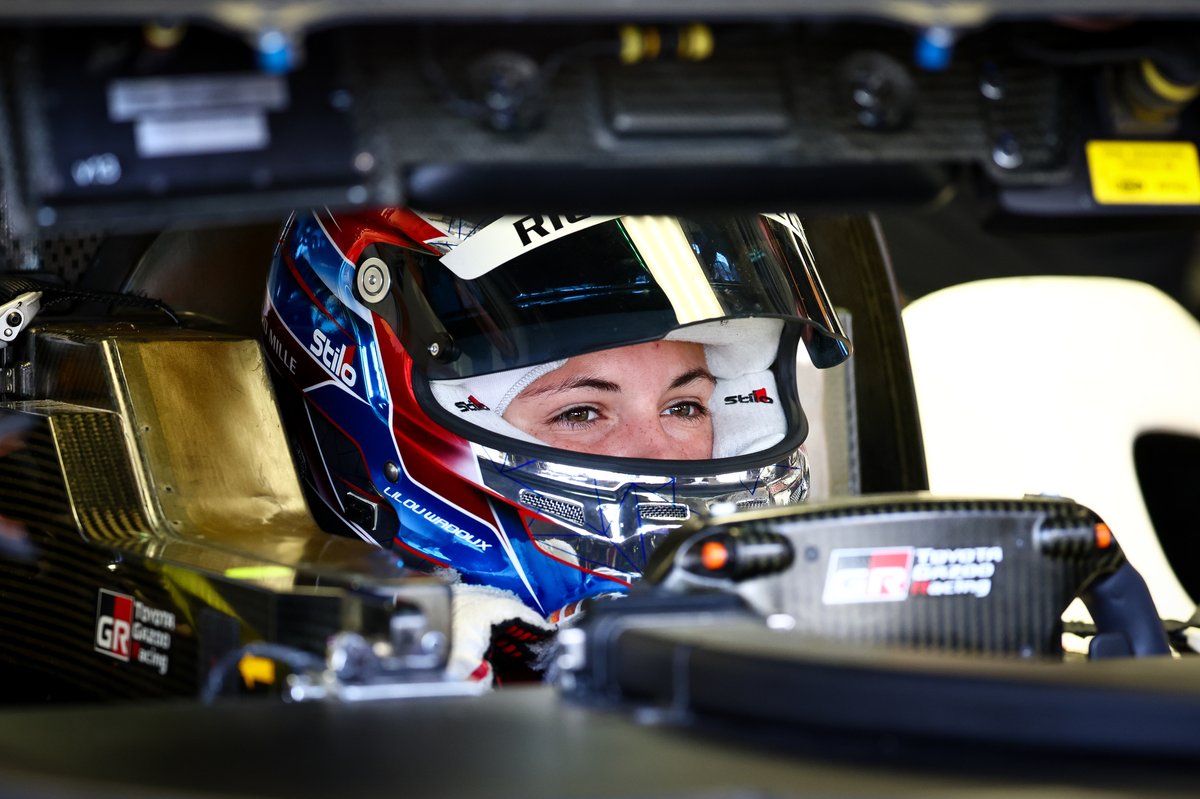 Sunday’s test was significant as it marked the first time a female driver got to test an LMH car, with Wadoux getting the chance on the back of a promising first WEC season in the LMP2 ranks that yielded a best result of sixth at Le Mans.

The 21-year-old was happy with how the test went, but admitted she still has a lot to learn about hypercar machinery.

“It is a very good experience,” said Wadoux. “For sure very, very front to an LMP2 car [sic]. Very heavy, so very different to drive.

“For sure it is a good experience for me. A lot of things to learn.

“The speed, the traction was very good and the hybrid is nice, very nice. So in my first lap I say in my mind, 'wow, this is very good'

“[The hybrid is] not easy because when I begin it's not very easy when they send a lot of [power].

Wadoux also got to test an AF Corse-run Ferrari 488 GTE Am car during the afternoon session, albeit just for 15 laps, and clocked a best time of 2m02.852s.

Wadoux’s plans for the 2023 season are still to be announced but she made it clear that Hypercar is a category she would like to join at some stage in her career.

“I'm happy because I'm the first woman [to drive the car],” she said. “It is one of my dreams to drive in Hypercar in the future. For the moment, I don't know, but it's the target for sure.

“It's difficult to say that, I have a lot of things to learn. Last year I was in the Alpine Cup, so it was very different to LMP2 and other things.

Lapierre: Toyota's easy WEC triumph not great for the show