Toyota's FIA World Endurance Championship drivers say it would be unfair if the system of success handicaps was scrapped for next month's Bahrain season finale, despite the lack of privateer LMP1s.

The Japanese manufacturer's two driver crews head into the eight-hour decider on November 14 separated by seven points, after Sebastien Buemi, Kazuki Nakajima and Brendon Hartley's Le Mans 24 Hours victory vaulted them to the head of the standings.

Under the rules used throughout the 2019/20 campaign, except at Le Mans, the #7 car of Mike Conway, Kamui Kobayashi and Jose Maria Lopez would be given a laptime advantage of 0.47 seconds a lap at Bahrain over the sister #8 Toyota TS050 Hybrid.

With 38 points on offer for victory and 27 for second, it means that whichever crew finishes ahead will win the title, regardless of which car takes pole.

However, the fact that there are no other LMP1s besides the two Toyotas on the entry at Bahrain following Rebellion Racing's decision to withdraw from the race has raised the prospect of the success handicaps being removed altogether.

A spokesperson for the WEC told Motorsport.com earlier this month there had been "no decision yet" on whether this will indeed be the case.

But Kobayashi believes changing the rules that have been in operation all season just to make the title fight more interesting wouldn't be the correct thing to do.

"Still they haven’t decided yet what the EoT is going to be," he told Motorsport.com. "Hopefully they keep [the handicap], otherwise there’s too much luck [involved].

"In the last race, if they go back to a normal EoT just because there’s no Rebellion, it doesn’t make sense, because this is how they have handicapped us all season. These are the rules and they shouldn’t be changed during the season."

On only one occasion this season has the Toyota carrying the larger handicap finished ahead, which was at Spa in August - partly thanks to mixed weather conditions and a recurring electrical glitch that delayed the #8 car, allowing the #7 crew to take victory.

Le Mans was only the third race of the campaign that the 2019/20 season in which the TS050 Hybrids fought on level terms following the Silverstone curtain-raiser and the third round at Shanghai, prior to which both cars had earned an identical number of points.

Nakajima conceded that, should the handicap rules remain in place for Bahrain, he, Buemi and Hartley will go into the race with very little chance of taking the title.

"The way the handicap works, it’s very difficult to make up for it, because we’re purely going to miss some power," Nakajima told Motorsport.com. "Every time we have had the handicap since the start of the season, it was difficult.

"We know it’s going to be difficult to beat car #7, but it’s a long race, eight hours, so we just need to do our job and see what happens. To be honest, I won’t be too disappointed if we finish behind car #7, because this is how it should be.

"Of course for the championship it would be more exciting [with no handicaps], but in a way it’s unfair, because the rules are already there since the start of the season.

"From our side, I’d be happy, but if I was in the other car, I would feel like it is unfair. But I will be fine with whatever they decide."

Contacted for comment on the situation by Motorsport.com, a spokesperson for Toyota would only say: "We expect the success handicap system to be in place in Bahrain." 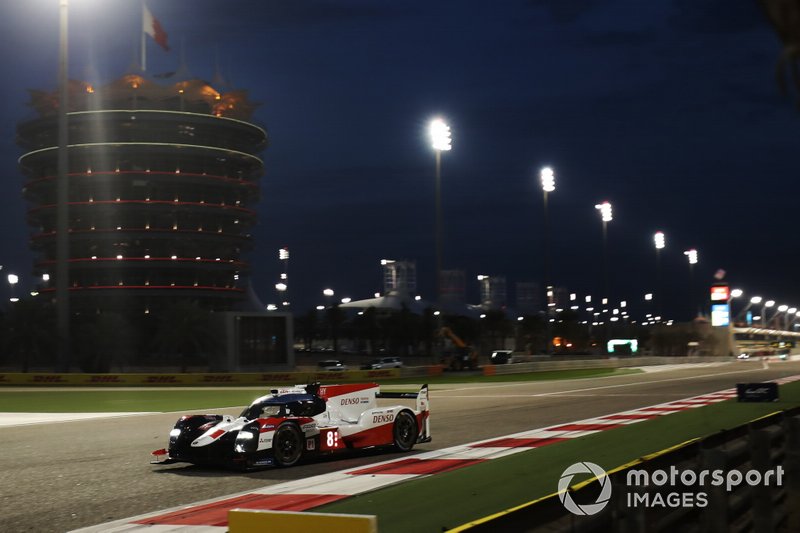 Cadillac has revealed the driver line-up for its attack on the FIA World Endurance Championship in 2023 with its new LMDh prototype.