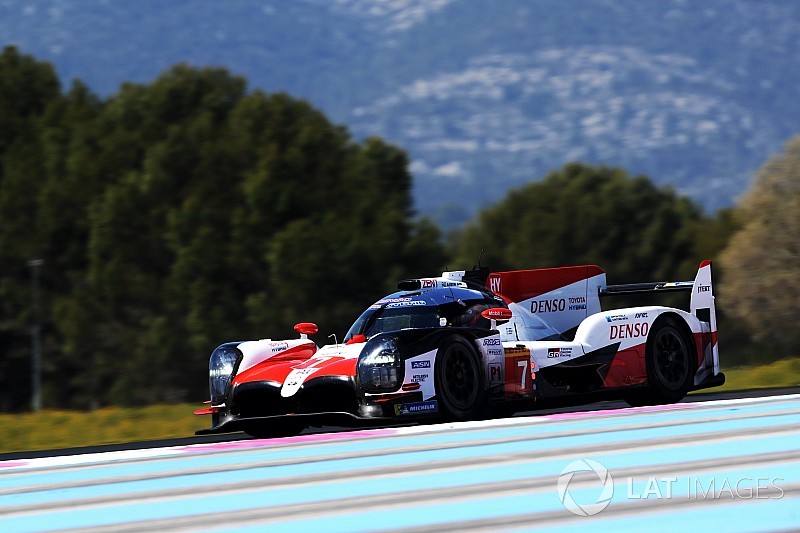 Toyota driver Jose Maria Lopez fears the LMP1 privateers still have a chance to beat the Japanese manufacturer in the FIA World Endurance Championship this year.

Following a Prologue test in which it enjoyed a four-second advantage over the best of its non-hybrid class rivals, it has been suggested that Toyota has an advantage equivalent to a Formula 1 team running a V12 engine.

However, Toyota ran its TS050 Hybrids outside of the WEC’s equivalence of technology rules for its best times, officially in order to test the limits of its cooling system.

Lopez argues this makes the true gap between it and the competition unclear, although the picture has been complicated further by a change in the EoT for the non-hybrids for next week's Spa opener.

The Argentine driver remains concerned that one of the privateer teams could end up being faster than Toyota.

“No, [the gap to the privateers] is not real, because in the Prologue we didn’t run conforming to the regulations,” Lopez told Motorsport.com.

“The times that we set they were, as it was a test, we weren’t obliged to run [inside] the rules, we were testing different parts of the car and we wanted to push to the maximum.

“That’s why we expect that the gap will be much less and it can happen that a private team could be faster than us, depending on the circuit. I really think that could happen.

"They have a lot of freedom in the regulations and we are very limited in the amount of fuel, the amount of hybrid, amount of boost. So it could happen, they’ve been very fast already.

"In Aragon [private testing] I think they were faster than us, it’s kind of a challenge to see what happens in the first race.”

Lopez said he understood why Toyota – which boasts Fernando Alonso in its line-up this year – has been predicted to dominate, but insisted nothing can be taken for granted, particularly in its quest to win the Le Mans 24 Hours.

“It’s normal that people think this because Toyota is an official team, and then they see the drivers and say of course Toyota is the favourite,” added Lopez.

“It’s going to be a tough year. And even if you’re the favourite, you still have to run 24 hours and deal with many things in an endurance race.

“In the past we have shown that being the quickest in Le Mans didn’t give us the race. We only want to win Le Mans, no matter how and what it costs.”