Tourist Trophy to start the 2013 season 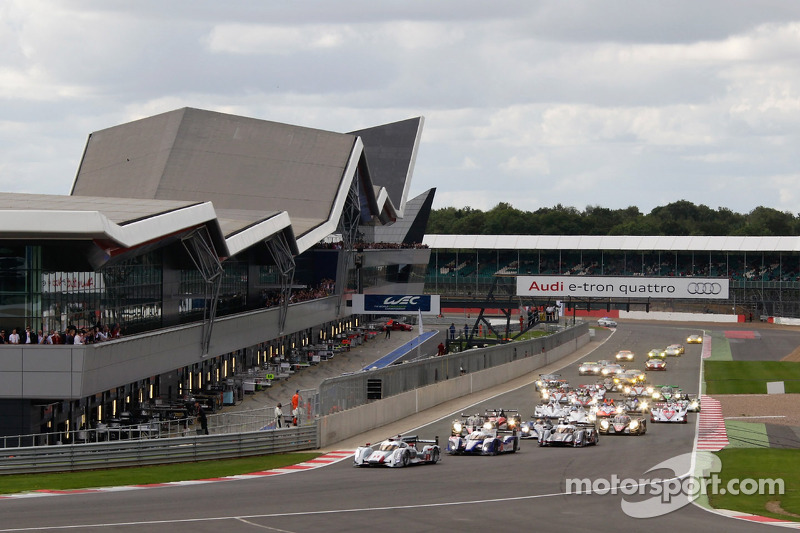 The most significant prize in UK motorsport will be awarded to winners of 6 Hours of Silverstone.

On Sunday 14 April the coveted Royal Automobile Club Tourist Trophy will be awarded to the winning drivers in the British round of FIA World Endurance Championship at Silverstone which is the opening round of the eight race series spanning four continents in 2013. 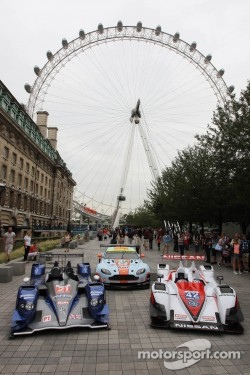 WEC cars lined up for a photoshoot near the London Eye

The 6 Hours of Silverstone is the opening round of the World Championship that also visits Belgium, France, Brazil, USA, Japan China and Bahrain.

The 108-year-old Tourist Trophy is one of the most significant prizes in International motorsport. It was the first formally organised and contested international endurance race in the world and over the years has been won by such racing greats as Rudolf Caracciola, Tazio Nuvolari, Sir Stirling Moss, Graham Hill, Denny Hulme and Derek Bell.

The first Tourist Trophy meeting was held on the Isle of Man on 14 September 1905 with cars setting off from Alexander Drive, Douglas on a 52 mile course. John Napier, in an Arrol-Johnston won in the 6 hour race comprising 4 laps, 208 miles, with an average speed of 33.9 mph.

Whilst there were breaks in the Tourist Trophy being contested in the early 20th century and during both world wars, it has remained one of the most prominent endurance competitions on the world motorsport calendar.

Over the years the challenge moved around the country and has been contested at circuits on the Isle of Man, England and Northern Ireland.

As well as the imposing Isle of Man track, the other circuits include Ards in Northern Ireland, Donington Park, Dundrod in Ulster, where the career of the then unknown Stirling Moss was launched, Goodwood, Oulton Park and finally, in 1970, Silverstone, which has hosted more Tourist Trophy events than any other circuit.

In 2005 the Tourist Trophy returned to Silverstone in its centenary year for the FIA GT Championship race. Dutchman Peter Kox and Portugal’s Pedro Lamy triumphed in the three-hour race taking the chequered flag in a British-built Aston Martin.

The Tourist Trophy then continued to be awarded to the winners of the FIA GT and FIA GT1 World Championship and now, in 2013, the FIA World Endurance Championship takes up the guardianship of this important award for international endurance racing with a 6-hour race featuring the top manufacturers and drivers in sportscar racing.

Pierre Fillon, President of the Automobile Club de l’Ouest, said: “We are extremely pleased to announce our partnership with the Royal Automobile Club to award the prestigious Tourist Trophy to the winners of the opening round of the FIA World Endurance Championship at Silverstone. 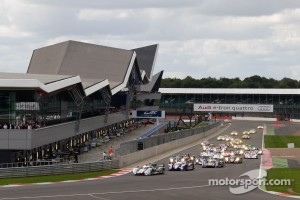 2013 is a very important year for the Automobile Club de l’Ouest as it marks the 90th anniversary of the first running of the 24 Heures du Mans in 1923.

To be able to award the Tourist Trophy, which its rich history and tradition, is a great honour for us in this important year and will get the 2013 season off to a great start.

We look forward to seeing which names from the FIA WEC grid will be added to the roll of honour alongside the names from the past such as Caracciola, Shelby, Moss, Hill and Bell; names that also have great association with Le Mans.”

The Tourist Trophy has always celebrated the best of endurance sportscar racing and it is entirely appropriate that it will be presented at the opening round of the World Endurance Championship in such an important year for championship promoters the Automobile Club de l’Ouest.

The first ever race in 1905 lasted over 6-hours and it is truly fitting that over 100 years later we have gone full circle back to a 6-hour endurance race in 2013.

We are truly looking forward to see the race at Silverstone on 14 April and seeing the Tourist Trophy held aloft on the podium once again.”

The Royal Automobile Club Tourist Trophy will be awarded to the overall winning drivers in the opening round of the 2013 FIA World Endurance Championship at Silverstone on 14 April. The meeting also includes the first round of the 2013 European Le Mans Series.