The ORECA 03 looking up in Fuji

This year, three ORECA 03 will be on track at the foot of the famous Mount Fuj.

It’s with four victories in five races in the 2013 FIA World Endurance Championship that the ORECA 03 takes on the 6 Hours of Fuji this weekend. 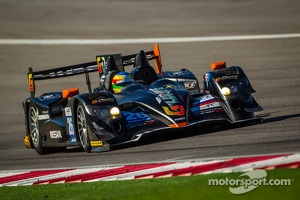 Twelve months ago, the French designed and built chassis took the win at this event with drivers Tor Graves, Shinji Nakano and John Martin.

This year, three ORECA 03 will be on track: the No.49 Pecom Racing, current leader in the LM P2 Trophy, as well as the No.25 and No.26 G-Drive Racing by Delta-ADR entries, with the latter coming off two wins in the last two rounds in Sao Paulo and Austin. At the foot of the famous Mount Fuji, this round in the Land of the Rising Sun will be crucial in helping determine a season champion.

Pecom Racing : the hunter and the hunted…


With another podium finish at Circuit of the Americas, Pecom Racing took the lead in the LM P2 Teams Trophy, with a lead of only three points. Meanwhile, the team’s drivers, Luis Perez Companc, Nicolas Minassian and Pierre Kaffer are second in the Drivers Trophy, only three points behind the leaders. The fight for the championship at Fuji, with only three rounds remaining, will be hard fought. « This new position in the championship gives us even more motivation » admits Nicolas Minassian.

« Until now, we’ve raced as we should in endurnace, by being consistent and avoiding mistakes. Now, we will perhaps take a few more risks in these last three races to be even more competitive because now is when everything is decided ! We were lacking a bit of outright performance in the latest rounds, but we’re headed in the right direction. The ORECA 03 is the car to have and we have mechanics who prepare the car perfectly as well as engineers who are at the top of their game with race strategy.

We have all the right tools. I like Fuji, but regardless of where we race, what interests me is fighting for the championship and we are going to do everything we can do accomplish our goal. There’s a certain type of pressure on us, but it’s positive. It will give us that extra something to gain those few extra tenths to make the difference. »

G-Drive Racing still in the fight!


With three wins in five rounds of the FIA World Endurance Championship – one for the No.25 ORECA 03 and two for the No.26 – G-Drive Racing by Delta-ADR is a clear favorite to take honors at the 6 Hours of Fuji. After two consecutive victories, at Sao Paulo and Austin, the trio of Roman Rusinov, Mike Conway and John Martin are naturally heading into the Japanese round with ambition. « Our goal is absolutely to win » confirms John Martin.

« Everyone in the team has been doing a really good job and I believe we can continue that form into Fuji. We were fast there last year and got the win, so hopefully we can do the same again this year. »

Despite coming away with no points from the 24 Hours of Le Mans, the No.26 still has a chance at the title : G-Drive is currently in fourth position in the Teams Trophy, 32 points off the leaders, with 78 points still to be given out. Although the fight will be difficult, John Martin still believes it’s possible to succeed:

« Mathematically, it is still possible for us to win the championship so that is what I am concentrating on. We just need to keep doing what we have been doing and the rest should take care of itself. I really like Japan and enjoy the Fuji track. I think we showed last year that the ORECA is pretty strong around Fuji and I believe that we will be strong there again this year. »

Winner of the opening round at Silverstone, the sister car has had an up and down season since, coming close to a podium finish in the last round in Austin, Texas. In Japan, the No.25 will be driven by Tor Graves, James Walker and Japanese star Shinji Nakano, who makes his return to the Simon Dowson managed team for his home race. « It was great to start the season so well but it’s been a tough fight since then » explains James Walker.

« I have been looking forward to Fuji all the year. I can't wait to meet the Japanese fans, as I have never been to Japan. I think it’s going to be a circuit that suits the way I drive so I can't wait. It’s a circuit with great history. Parts of the track are very technical as well as having some high speed sections, so our car/engine package should again be very strong there. We will be trying to win but be happy with a podium. The team atmosphere is great. We all work together really well, as you would expect from a professional team such as this. I think we push each other very well. »

Free practice begins this Friday, before qualifying on Saturday, Oct. 19 at 1:20pm (local time). The start of the sixth round of the FIA World Endurance Championship will be given on Sunday, Oct. 20 at 11am (local time).

OAK Racing is determined to take back the lead in LM P2 at Fuji!