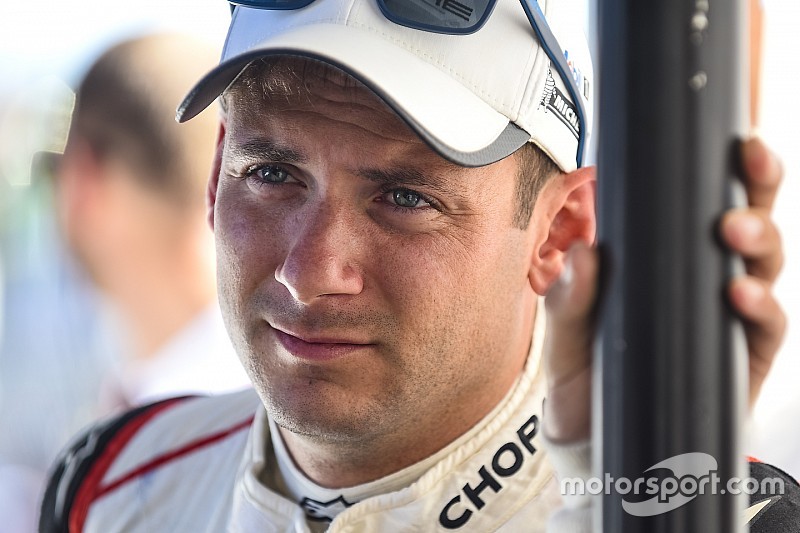 Nick Tandy will be promoted to Porsche's LMP1 roster for the 2017 FIA World Endurance Championship season, Motorsport.com has learned.

The 31-year-old has been considered a leading contender for a full-time step up to the top division of the global sportscar championship since winning last year's Le Mans 24 Hours alongside Earl Bamber and Nico Hulkenberg.

Since then, the British driver has been a staple of Porsche's GT programme, taking the Weissach marque to outright victory at Petit Le Mans and spending the 2016 season in the IMSA WeatherTech SportsCar Championship.

He also made a one-off return to Le Mans in a factory-backed GTE-Pro class 911 this year, but failed to finish.

Mark Webber's retirement from competition at the end of 2017 has opened up a prize spot in Porsche's six-strong LMP1 line-up, with team boss Andreas Seidl confirming to Motorsport.com in Fuji that Tandy - along with fellow Le Mans winner Bamber - was being considered as the Australian's replacement.

A deal is now believed to be in place for Tandy to replace Webber, although it remains unclear if this will be alongside Timo Bernhard and Brendon Hartley or whether there will be a further reshuffle of the Porsche roster.

Seidl also said last weekend in Shanghai that the announcement of Audi's withdrawal has not changed the situation for Porsche.

“It’s actually not a topic for us, right now," he said. "Earl Bamber and Nick Tandy we have in our GT driver line-up, they are [still] at the top of the list.

“We are convinced they can deliver top performances again as they did in 2015, they are the first ones that deserve to jump in.

“But all the six Audi drivers are top drivers with a lot of experience in endurance racing, for sure they are interesting.”

Opinion: The WEC title showdown we could have had