Team elects to skip rounds one and two of FIA WEC campaign to develop new car.

Strakka Racing has made the difficult decision to skip the opening two rounds of the World Endurance Championship, preferring to focus on racking up more testing miles ahead of a race debut for its new LMP2 chassis. The announcement today follows limited running at last week’s three day session at Paul Ricard, leaving the team with little option but to continue to test. The team will now develop the car at a series of private tests ahead of the official Le Mans test day on the 1stof June.

“Everybody is hugely disappointed not to be out at Silverstone, particularly having seen a little of what the car is capable of,” says Strakka Racing’s Nick Leventis. “It’s also the home track for all the drivers and Strakka Racing’s workshop is literally just around the corner, so debuting the car there would have been perfect. However, the simple fact is that the car is not yet ready to race and we need to do more testing.” 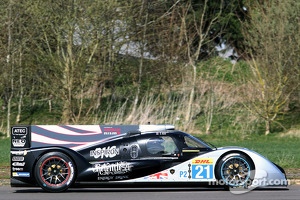 With the agreement to run DOME’s new S103 chassis only made late last year, Strakka Racing had achieved the near impossible task of specifying, building and shaking down the all new car within six months. However, with so little testing ahead of the first race, engineers from both DOME and Strakka Racing determined that not all the new car issues uncovered at the test would be fixed in time. “2014 remains our development year ahead of potential customer programmes so we want solve issues, not work around them.

We would not be doing justice to all the hard work done by DOME and Strakka Racing if we raced the car at this stage in its development,” adds Leventis. “Strakka Racing won’t cut corners and will instead concentrate on testing not racing to unlock the speed we know the S103 is capable of. I would also like to apologise to Strakka Racing’s fans that won’t get to see the car at Silverstone but they know we are racers. We are doing this to ultimately be more competitive and to put us in a position to challenge later in the season and show what it can do.”

A further aspect in the decision is to ensure the team can complete the season with the allocated engine allowance the team now has. FIA WEC Championship regulations mandate that teams not attending the official Prologue Test can only use two engines for the season. Having missed that event, Strakka Racing was mindful that its two engine allocation is best used with a fully sorted and competitive car. “This rule means we now only have two engines for the series and we have to make the most of those,” concludes Leventis.

No Silverstone for Lotus LMP