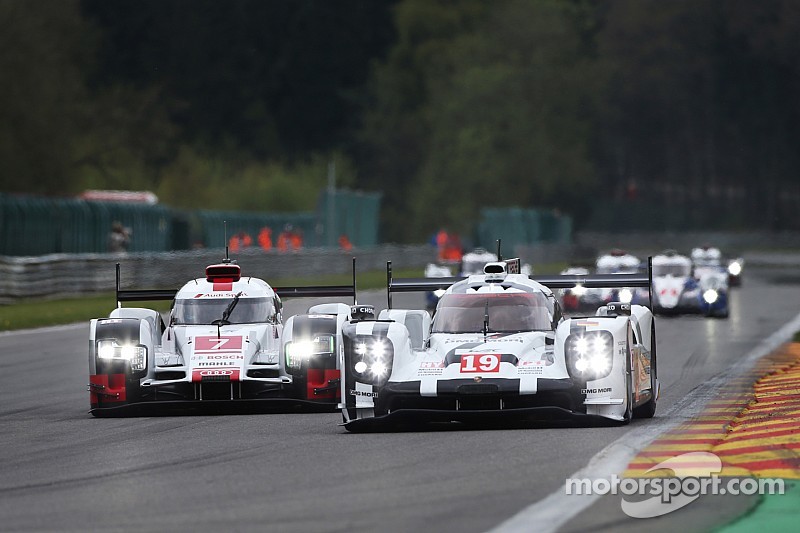 Former endurance racing heroes Hans-Joachim Stuck and Jacky Ickx believe sportscar racing has entered a new golden age and that the potential of the WEC has "no limits."

Both Stuck and Ickx were present at last weekend's 6 Hours of Spa, and told Motorsport.com about their satisfaction with the current state of the burgeoning WEC and the manufacturer interest it has attracted.

“I am very happy about the way sportscars is so healthy today,” said Stuck, who won Le Mans in 1986 and 1987 for Porsche.

“I look at it like a beautiful plant that someone had forgotten to water and now it is blooming. There is a fantastic level of performance and I can hear the buzz from the fans when I walk around the paddock.

"The cars are really unique and so, so quick. Now we have a big race in Germany too in August  where there will be a big crowd. Everything is pointing in the right direction.”

Stuck thinks that the current WEC scene is reminiscent of the halcyon Group C days of the late 1980s, and sees the manufacturer level only expanding in years to come.

“I think that the WEC is the future and I am sure that many manufacturers will be at least looking at it for sure,” he continued.

“The stability of the WEC will be crucial for more manufacturers to come in and I think that it is inevitable that they will in the future. There are no limits as to how good it can be, going forward.”

Ickx, who won six Le Mans 24 Hours between 1969 and 1983, added that the teams and drivers in the WEC now are as good, if not better than at any time in the past.

“The level is high, very high,” said the Belgian. “I cannot think about a period in the past when the racing was this good.

"It is beautiful to see and to witness with your own eyes. Le Mans this year should be an unmissable race.”