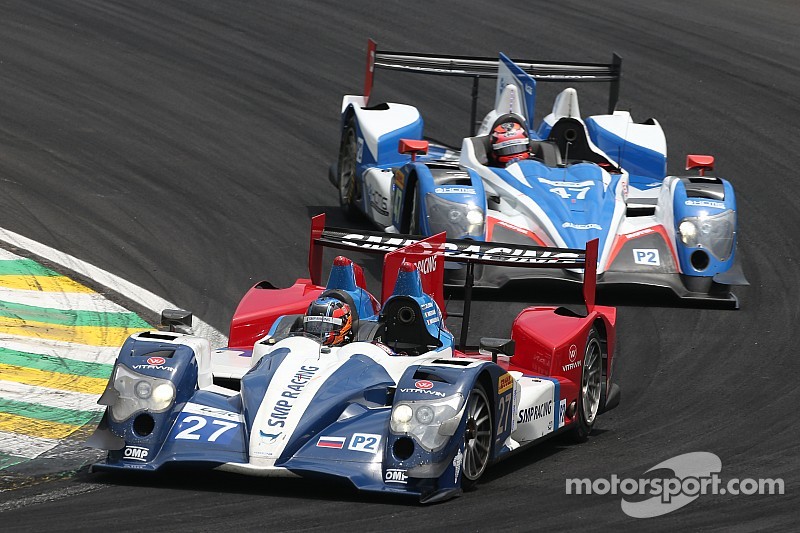 After a final round full of surprises and unexpected developments, the ORECA 03R finally won all laurels the FIA World Endurance Championship had to offer. With Richard Bradley, Matt Howson and Alex Imperatori at the wheel of the No. 47, KCMG clinched its third win of the season – 23rd success of the ORECA chassis in LM P2 ! With Nicolas Minassian, Maurizio Mediani and Sergey Zlobin at the wheel of the No. 27, SMP Racing came second that day and notched up the two titles in play.

Said Hugues de Chaunac: "One can say it’s a success story! The last fifteen minutes of the 6 Hours of Bahrain were terrible for SMP Racing. Just as the Russian team was confirming its virtual leadership regarding the FIA LM P2 Trophy, it unfortunately had to pull out due to a contact with another car. On the starting grid of the 6 Hours of Sao Paulo, all title hopes had practically vanished. However, following on a race marked by many unexpected events, including the retirement of the Ligier No. 26 because of a mechanical breakdown, SMP Racing was about to experience a stressful race, encountering several problems on both cars, amongst which flat tyres. While the No. 37 had to withdraw after having completed 136 laps, Nicolas Minassian, Maurizio Mediani and Sergey Zlobin’s No. 27 crossed the finish line second. That was enough to rack up both titles!

"On the second row of the starting grid, KCMG took the lead of the LM P2 class right after the first lap. The Asian team also had to negotiate many obstacles on the way, and most particularly after a contact with the safety rail which required to change the front splitter. Despite that incident, Richard Bradley, Matt Howson and Alex Imperatori came first, offering KCMG its third win this year!

"For ORECA and its customer-competition department, the 6 Hours of Sao Paulo will remain as a very important moment. While ORECA’s chassis achieved a 23rd success since its debut in 2011, the ORECA 03R was also crowned in the FIA World Endurance Championship following on its many titles in the European Le Mans Series. That car will try to keep on being successful in 2015, while the ORECA 05 will be competing at its sides. That LM P2 new coupé designed by ORECA Technology will be taking its first steps during the first term."