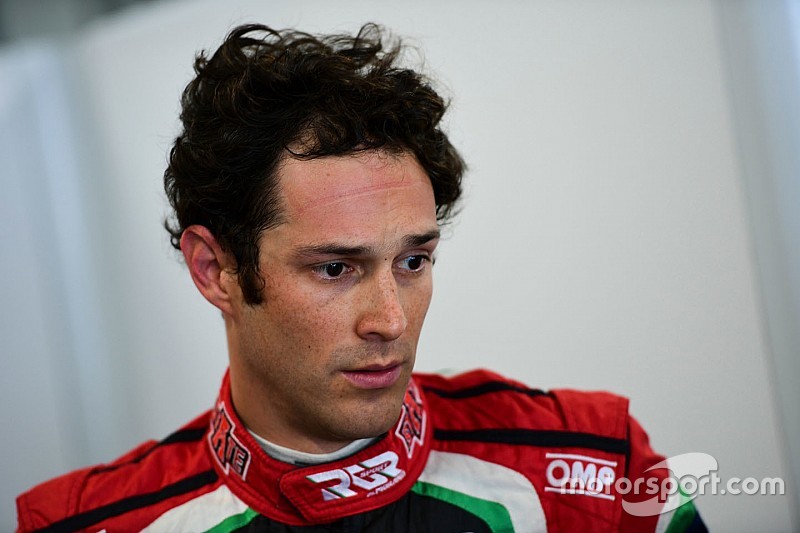 The Brazilian, who shares the #43 Ligier with Ricardo Gonzalez and Filipe Albuquerque, lost out in the final minutes to the #26 G-Drive Oreca of Will Stevens, Alex Brundle and Roman Rusinov, as Stevens managed to pass Senna on-track to take class honours.

However, Senna believes his chances of bringing home RGR Sport its third win of the season were wrecked by the #13 Rebellion of Matheo Tuscher, which held up the #43 car by putting a lap on it at Turn 10.

The former HRT, Williams and Lotus F1 driver said this was the critical factor in being passed by Stevens, and that he felt he had the situation under control before then.

"Of course, very disappointing," Senna told Motorsport.com. "We had a great race, and to finish 1.4 seconds behind G-Drive without them making any mistakes means we did a great job.

"It's a bit bitter to be honest, because we did the job and we got ahead, and then someone that's not fighting for anything just interfered, the Rebellion – which overtook me into Turn 10.

"That cost me two seconds and that was the margin I had. Very disappointing, I was pretty confident in those last three or four laps I could keep the G-Drive at bay."

Stevens had in fact passed Senna along the main straight with around 30 minutes remaining, but in doing so he crossed the white line marking the edge of the track on the right-hand side.

"He knew there was a white line there, it's a track limit," recalled Senna of the move. "I was very clear in my demeanour, I was not being aggressive or anything.

"But he decided to go outside of the track, so he had to give the position back. From then on, I had it all under control until another car interfered."

For his part, Stevens – back in WEC for the first time since Le Mans as a substitute for Rene Rast, who was on Audi DTM duty at Hockenheim – said he never doubted being able to pass Senna for the win.

The British driver added it was an honour to seal the JOTA Sport-run G-Drive squad's first of the year following a season plagued by ill fortune.

"The last stint was tough, and we knew it would be extremely close with Bruno coming out of the pits," recalled Stevens.

"My first lap was a good chance to get past, and if there was a gap I was going for it. I would have appreciated a bit more room up against the pitwall – for sure I was as close as I would want to get!

"Obviously they decided it wasn't right so I had to let him back past, and I was sure I was getting back past again.

"The team should have won a lot of races this year, so it's an honour to be up here."

Ford “nailed it” on way to Fuji win, says Priaulx