Rusinov explains why G-Drive split with Jota for 2017 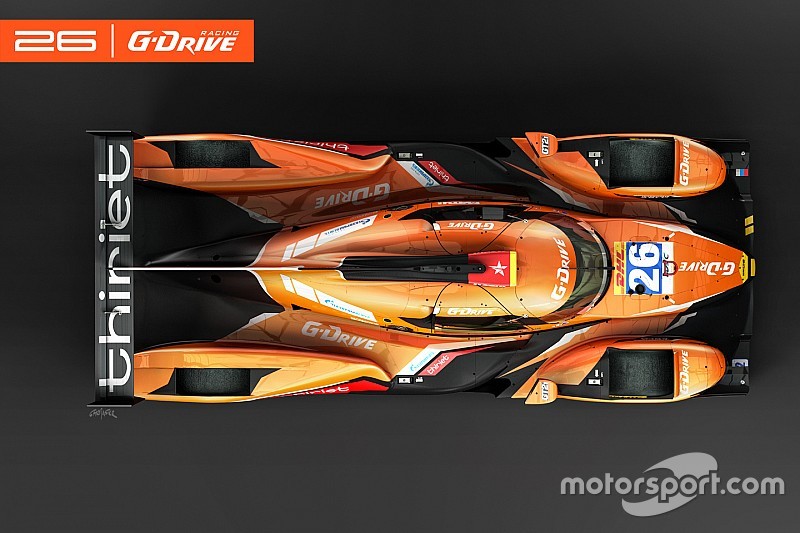 Former WEC LMP2 champion Roman Rusinov has defended G-Drive Racing's switch of allegiance from Jota Sport to TDS Racing for the 2017 season, saying his squad has to remain "flexible".

Rusinov has competed in WEC under the G-Drive moniker since 2013, initially joining forces with Alan Docking Racing before forming a partnership with OAK Racing in 2014 and 2015.

The latter year saw Rusinov take the LMP2 crown along with Sam Bird and Julien Canal, but the Russian mounted his title defence in 2016 with the Jota Sport squad in a Oreca 05.

After relinquishing the title to Signatech Alpine, G-Drive has now forged an alliance with TDS Racing for the 2017 WEC season, with DragonSpeed running an additional Oreca 07 for the Russian concern in the European Le Mans series.

Explaining the switch, Rusinov cited TDS Racing's location just outside Montpellier in Southern France as a factor, and a need to remain adaptable according to different circumstances each year.

“We get asked by many people why we change 'contractors' every year," Rusinov told Motorsport.com.

"If you've got your own team, you're not so flexible, you can't quickly make decisions on what championships you want to contest and all the other things.

"We choose a technical partner depending on the year. You have to look at a few factors: the budget, the squad, where the team is based.

"If you're located, for example, in England, and you have to go testing in the winter – and you've got a lot of testing – it's a trip that's exactly 2000km longer. So that hikes your costs.

"And if you're in the south of France, then Paul Ricard is at an arm's length – the mechanics don't even need hotels."

Looking ahead to the new campaign, Rusinov reckons the TDS-run G-Drive car begins as favourite among the 10-strong all-Oreca LMP2 field.

The Russian says the reason for this is David Leach, who oversaw the G-Drive squad's technical operations in 2016 and worked with Oreca on the development of the new 07 that debuts in WEC this year.

"When the Oreca 07 was going through testing, Leach worked on the tests and car development," continued Rusinov. "At the end of January he did Daytona 24 with Rebellion Racing's Oreca 07.

"Leach is still our chief engineer, so even though G-Drive Racing hasn't done a single kilometre, you could say that we've got more than a thousand kilometres under our belts."

He added: "The conditions are level for all the teams, so what becomes key is how you use that instrument. And we have this knowledge.

"It's evident from the results that G-Drive Racing has managed between 2013 and 2016. We have the record in pole positions and we've won about half the races we've contested.

"Does the fact we know the car better than everyone makes us the favourites? I reckon so."

Third driver to be confirmed soon

Rusinov also hailed the signing of Pierre Thiriet as G-Drive's designated silver driver for 2017, and says a decision on the third driver - who will likely have F1 experience - will be made soon.

“In LMP2, silver [drivers] play a huge role,” said Rusinov. “Sometimes it's easier and cheaper to hire a Formula 1 driver than a silver.

“In Pierre Thiriet we've hired one of the best silvers that were available, faster than his platinum teammates.

“We have one last factor remaining – the third driver. We have four options, top drivers, too, with F1 experience. Everyone has pros and cons, we'll be making our decision shortly.”