Rowland confident Manor will be "right there" at Spa 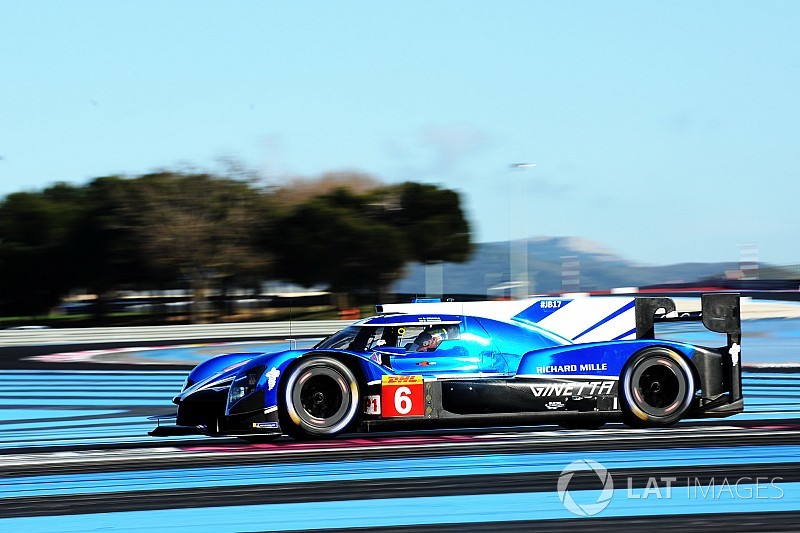 New Manor LMP1 recruit Oliver Rowland says he’s sure the British squad will be “right there” among the privateers for next week’s FIA World Endurance Championship Spa opener.

Single-seater ace and Williams Formula 1 junior Rowland will partner Alex Brundle and Oliver Turvey in Manor's #6 Ginetta G60-LT-P1 this season as he embarks on his first campaign of sportscar racing.

He set the quickest time for the two-car Manor team in the Prologue pre-season test at Paul Ricard, enough to put the #6 car seventh of the nine LMP1 cars present.

While he acknowledged Toyota is "in another league", Rowland expressed confidence that Manor would be mixing it with Rebellion Racing, ByKolles, SMP Racing and DragonSpeed in Spa.

"It's really hard to know," he told Motorsport.com when asked where he believed Manor stood after the Prologue. "I think Toyota will be in another league, especially in qualifying.

"But when I got out the car on Friday morning, we were P3, first behind the Toyotas, and to be honest I wasn't wringing the neck out of it. I think the performance is pretty good.

"No doubt, I think we will be right there. The track will probably suit us a bit more than Paul Ricard did.

"I'm quietly confident that the car, especially in the corners, is extremely competitive. The power package, we still have to see if that's quite good enough."

The #6 Ginetta recorded a top speed of 319.5km/h (198.5mph) during the Prologue, and is believed to have been run in both high and low-downforce trim over the course of the 30-hour test.

That put it 20km/h behind the best non-hybrid LMP1, the #17 SMP BR1-AER, and on a par with the fastest of the LMP2 cars, the Racing Team Nederland Dallara P217-Gibson.

Asked to elaborate on his remark about straightline speed, however, Rowland said he was confident that engine supplier Mecachrome would make progress as the campaign unfolded.

"It just feels lacking a little bit at the moment, but we were running it quite safe," he said. "I think there's also different parameters to do with the fuel flow that require a little bit of tuning.

"So far Mecachrome have been really supportive, they're doing a good job and I'm sure it will be there at some point. It's just whether it's there straight away."

Manor refused to comment on its Prologue straightline speed deficit when contacted by Motorsport.com.

Ten things to watch for in the Spa WEC opener