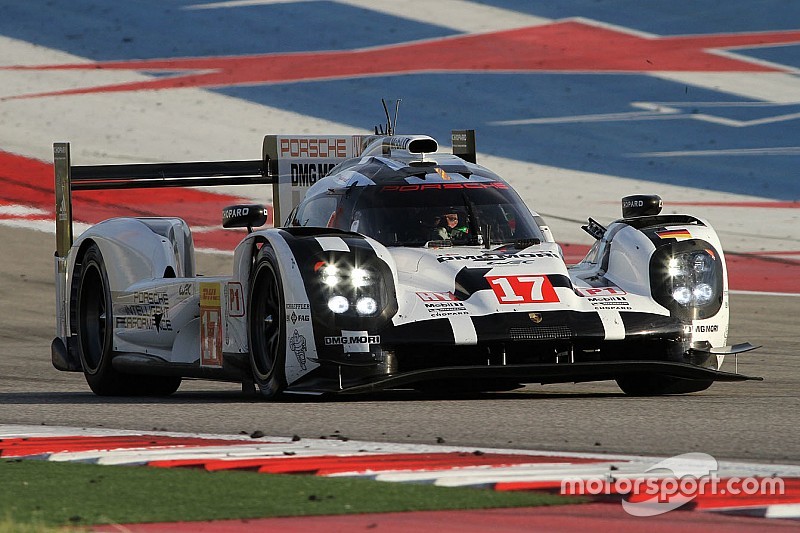 The six-hour race takes off on the Fuji International Speedway on October 11 at 11.00 hours local time.

Stuttgart. The FIA World Endurance Championship (WEC), one of the most important motor racing world championships worldwide, is set to tackle the sixth of eight rounds, this time contested in Japan. The island nation is an established market for sports cars with an avid and informed racing public. The six-hour race takes off on the Fuji International Speedway on October 11 at 11.00 hours local time.

There, set against the backdrop of the nation’s sacred Mount Fuji, a Porsche pilot wrote sports car history: In 1983, Stefan Bellof posted the fastest lap time (1.10.02 minutes) at the wheel of a Porsche 956 on the then 4.360-kilometre race track at the foot of Japan’s highest mountain. This track record still stands today.

Performance of around 1,000 hp

The track layout at Fuji poses a special challenge for the race teams: High speed is needed on the extremely long straight, however, for the following 16 corners, some of them extremely tight, the cars require a different setup. Porsche takes up this challenge with two types of vehicle: In the top-league LMP1 (Le Mans Prototype Class 1) the Porsche 919 Hybrid aims to continue its winning streak. So far this season, the lightweight 870-kilogram hybrid-petrol racer, with a system performance of around 1,000 hp, has won the Le Mans 24 Hours as well as all subsequent six-hour races at the Nürburgring and in the USA.

Despite the differences between the 919 and 911 race cars, both enjoy huge popularity amongst Porsche fans in Japan. With its bold and cutting-edge technologies, the Le Mans prototype catches the keen eye of the Japanese, particularly when it comes to hybrid vehicles. Its drive concept in particular makes it the most innovative racer in the 31-strong field. The 919 features a small combustion engine – a two-litre, four-cylinder petrol unit with turbocharging – which produces a good 500 hp and is regarded as the most efficient engine that Porsche has built until now.

The 919 Hybrid is fitted with two different energy recovery systems with which Porsche is also working towards a better future for everyday driving. The energy from the exhaust gas flow in the rear is converted into electrical energy in the exhaust by means of a second turbine. At the front axle, kinetic energy is recovered under braking. Combined, the recovery systems feed a lithium-ion battery. From there, the driver can call up the stored energy at the press of a button. Now, the 400-plus horsepower electric engine drives the front axle – turning the 919 into a four-wheel drive car.

Sheer power, however, is not the sole objective in this special world championship. Stringent fuel restrictions force engineers to think outside the box. And this is precisely the reason for Porsche’s involvement. Fritz Enzinger, responsible for the LMP1 programme, explains: “Winning is important for Porsche but in the long term these victories are still only snapshots in time. Right from the start, the most important function for the 919 Hybrid was to serve as a rolling laboratory for tomorrow’s production vehicles.”

But the technological exchange between racing and production is even more direct with the Porsche 911 RSR in the class for near-production GT race cars. It is based on the seventh generation of the iconic 911 (1) sports car – the top-seller and most successful racing sports car in the world. Like all 911, the body of the 911 RSR rolls off the assembly line in the Stuttgart-Zuffenhausen plant. Especially in the energy efficiency domains such as lightweight design and aerodynamics, motor racing yields important insights, which are systematically and continuously incorporated into production development.

A fervent fan base awaits the 911 in Japan. Head of Porsche Motorsport Dr. Frank Steffen Walliser explains: “We enjoy great success in the Japanese market, especially with our two-door sports cars and the flagship 911.” After achieving a 19 percent surge in growth in deliveries, Porsche Japan exceeded the 5,000 unit mark in 2014 for the first time. And after 2013, the number of rear- and mid-engine sports cars delivered reached historic proportions once again (3,169 vehicles). This contributed significantly to a successful annual result. In the first half of 2015 alone, 1,384 two-door sports cars were delivered in Japan. Walliser: “For the Porsche 911 there is no more authentic way to underline this success than to go up against strong opposition on the race track.”