Rebellion Racing has no explanation for the lack of wet-weather pace that prevented it from challenging Toyota in last weekend's Spa FIA World Endurance Championship round.

The solo Rebellion R-13 started from pole position after heading all four timed sessions, each held in dry conditions, prior to the race, but lost out to the pair of Toyota TS050 Hybrids when the race went green after four laps on the wet track behind the safety car.

Bruno Senna, Gustavo Menezes and Norman Nato fell a lap down on the best of the Japanese cars in the first hour of the six-hour contest and were never able to make up the lost ground thereafter on the way to a distant third place.

The Gibson-powered car was up to seven seconds off the pace around the 4.35-mile Circuit de Spa-Francorchamps when the track was at its wettest.

"We knew that we couldn’t fight with the Toyota [in the rain], but we shouldn't have been that far away — maybe a second or two maximum, but not seven seconds. We just need to understand what’s happening.

"So far we don’t know what the problem is: it’s a lack of grip in general."

Nato explained that the car was unable to switch on the Michelin tyres, a problem encountered by Rebellion in both the wet and the dry over the 2018/20 WEC superseason when the LMP1 privateers were running tyres designed for the hybrid Toyota.

A development programme ahead of the current campaign was designed to address that problem.

Nato explained that the biggest problem for the Rebellion drivers came when there was standing water on the track.

"As soon as there is water we are suffering with aquaplaning and general grip — it wasn't easy to keep the car on track," he said.

Rebellion was a strong favourite to reprise its 2019/20 WEC victories at Shanghai and Austin because it was running a significantly smaller penalty than the Toyotas under the system of success handicaps introduced for LMP1 this year.

Rebellion was also running in high-downforce specification, whereas Toyota compromised its performance at Spa by choosing to run the low-downforce version of its Le Mans kit.

The Rebellion was competitive over the final three and a half hours of the race after the track dried. It was seven hundredths faster than the winning Toyota over its fast 50 laps in this portion of the race.

"During the race, we tried to give the feedback to the engineers on tyre pressures to understand it for the future."

Nato suggested that it is imperative that Rebellion overcome the problem before the Le Mans 24 Hours round of the WEC on September 19/20.

"If at Le Mans we have these kind of tricky conditions, it’s going to be a tough race for us," he said. "We need to wake up and find at least half of the problem for Le Mans." 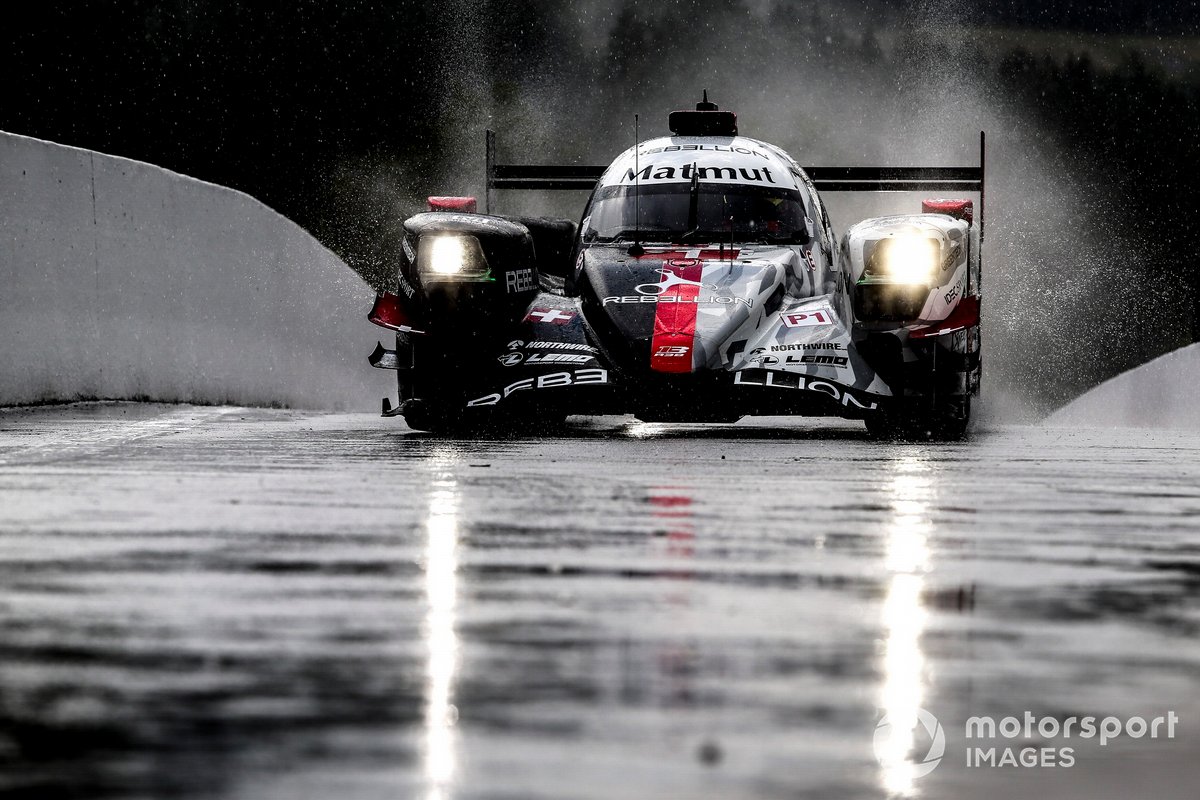