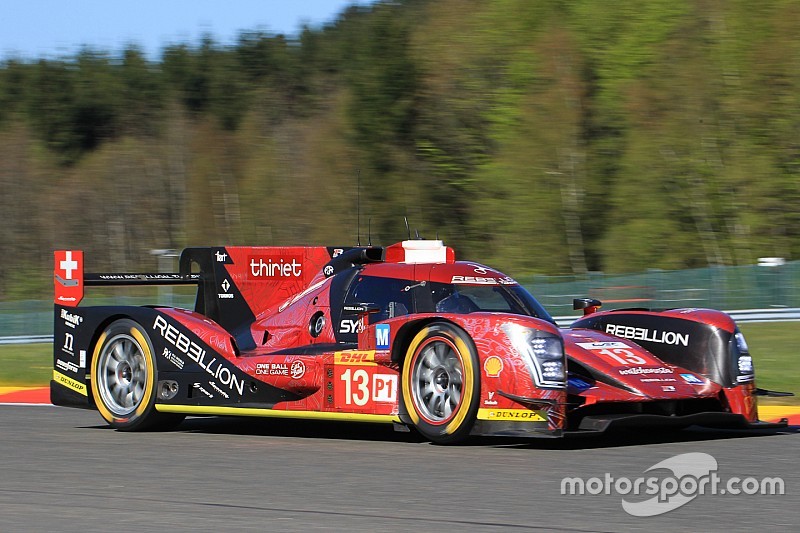 The independent Rebellion LMP1 team scored its second consecutive overall podium finish in the FIA World Endurance Championship, and its drivers are now second in points.

Only the #2 Porsche squad is ahead of Matheo Tuscher, Dominik Kraihamer and Alexandre Imperatori in the drivers’ points, with 13 points between them.

The trio’s AER-powered #13 R-One finished third at Spa, matching the position it inherited at Silverstone when the winning Audi was excluded.

They lead both Audis and Toyotas, and the #1 Porsche crews in points.

Its result came in spite of a mid-race clash with the LMP2 Manor-run Oreca of Tor Graves, which caused both cars to spin and Kraihamer to become stranded briefly. Fortunately, he escaped a penalty for the collision.

“It was clearly a mistake from my side,” said Kraihamer. “I was already paying attention because they told me on the radio they were fighting for the LMP2 class lead. I was braking quite defensively, and I was quite surprised.

“I hit a guy from behind, so I should’ve taken care, but I think that he was braking quite early. I was surprised by that. But it’s clearly on my side. Part of the learning process.

“Finishing on the podium overall is great, we had it in Silverstone but that was after the race.

“It was a really good race from us, we could open up the gap on [Nick] Heidfeld and Nelson [Piquet in the sister #12 car].”

Teenager Tuscher added: “We did not expect that for our first season together as teammates, we’re very happy. We had a safe race, no mistakes – apart from the big one! In the end it was a very good result.”

Imperatori has now set his sights on the next round at Le Mans.

“It’s not something you expect, and now it’s happened twice in a row,” he said. “So we’d also like to have it at Le Mans… but let’s not be too greedy.”

Rebellion needs to "win when it can", says Senna