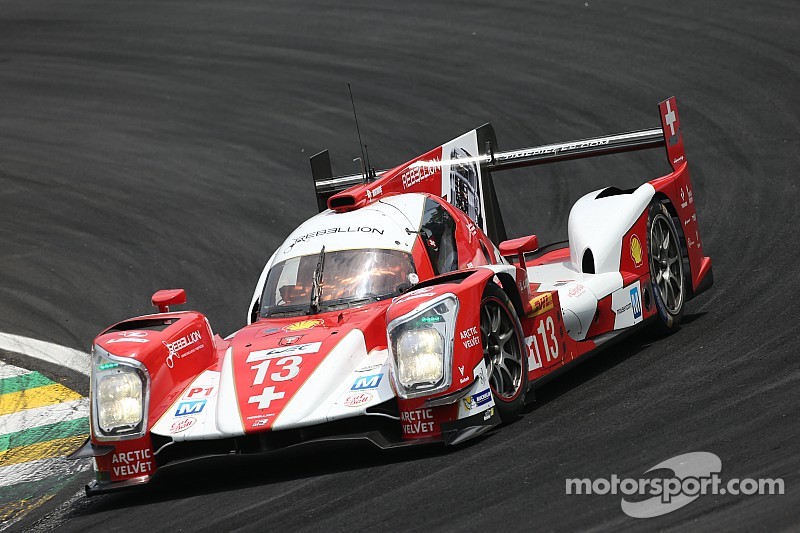 Rebellion Racing has confirmed its drivers for the 2015 FIA World Endurance Championship season.

The Anglo/Swiss team will welcome new drivers Alexander Imperatori and Daniel Abt to the team.

They will race the #13 ORECA built Rebellion R-One-AER alongside Dominik Kraihamer who stays on at the team for a second season.

"I'll drive a closed cockpit sportscar for the first time, share driving duties with two other team- mates and also make my debut at Le Mans in the 24 Hour race," said Abt.

"Le Mans is an enduring motorsport legend – it's a fabulous feeling to know that I'll be there this year."

Abt is the son of Abt Sportsline owner Hans-Jurgen and nephew of Christian Abt. He will continue to race in the remainder of the Formula E series this year.

There are no clashes between his endurance and season one Formula E commitments.

Swiss racer Imperatori graduates from LMP2, where he drove for the KCMG squad last season in the majority of FIA WEC races last year.

The trio won the LMP1-L championship in 2014. Rebellion also confirmed that they will miss the first two rounds of the WEC at Silverstone and Spa due to ongoing work installing the new AER twin-turbo engine which replaces the Toyota unit the team raced with in 2014.

Today's news also seems to end a long association with the team for Andrea Belicchi. The Italian has been part of the driving squad with the UK based team since 2008.

"We are very pleased to confirm our driver line-up for the 2015 season and it's nice to have a good level of continuity in our team," said Rebellion team manager, Bart Hayden.

"We have a good base of experience and speed with Nico, Nick, Mathias and Dominik who are all with us again.

"We welcome Alexandre and Daniel to our team, we are confident that they will be positive additions and that they will help us to take the challenge to our competitors in the LMP1 field.

"We are a little late out of the starting blocks this year, but we firmly believe that our 2015 LMP1 cars will be even more competitive, so we are looking forward to getting the cars onto the tracks soon."