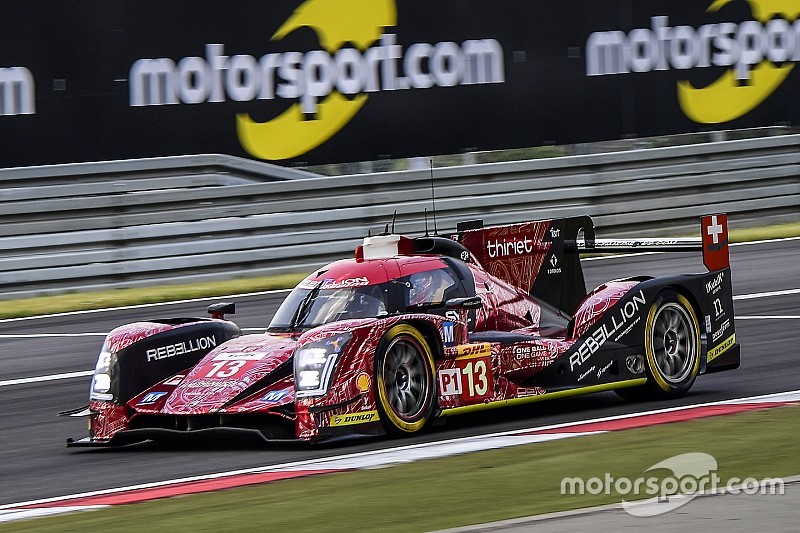 Rebellion Racing secured their third LMP1 Privateer Pole Position of the season for tomorrow's 6 Hours of Nurburgring race, the fourth round of the 2016 FIA World Endurance Championship.

Alexandre Imperatori and Dominik Kraihamer in the Rebellion R-One AER #13 qualified first of the LMP1 Privateers in front of the #4 CLM car and sister car, #12, driven by Nick Heidfeld and Nicolas Prost.
Dominik Kraihamer and Alexandre Imperatori achieved an average lap time of 1:46.081 and a fastest lap of 1:45.900. In so doing, the #13 Rebellion R-One AER will start tomorrow's race from the fourth row on the grid.

On a drying track, Alexandre Imperatori started the Qualifying session with intermediate tyres then quickly switched to slick tyres to set his fastest time, Dominik Kraihamer took over from Alexandre, using the same set of tyres.

Alexandre Imperatori - Rebellion R-One AER #13: "I am pleased with the way the Qualifying session went, we were fastest Privateer during all the Free Practice sessions and this helped us to have a good car and confidence for Qualifying. We had a safe start of the session, I went out with the inters to secure a laptime incase it would rain again, even though the track was ready for slicks already. It’s good to be in front today, but it will be better to be in front after tomorrow’s race ! Thanks to the team to provide us such a good car."

Dominik Kraihamer - Rebellion R-One AER #13: "I am really happy with this LMP1 Privateer Pole Position. We are having a trouble free weekend so far. My flying lap would have been much better, but there was rain in the last sector at the end of the session. I am happy with what we achieved today with our team, they did a great job with the car. I hope it will continue this way tomorrow for the race because it will be the most important part of the weekend !"

Bart Hayden - Rebellion Racing Team Manager: "We are pleased with car #13’s starting position on the grid. It could have been better with both our cars on the same row on the starting grid, but changing track conditions during the qualifying session made it more challenging.
We will now focus on our race preparation. We are aiming for a trouble free race tomorrow. Given how the free practice sessions went yesterday and this morning, we believe we are well prepared."